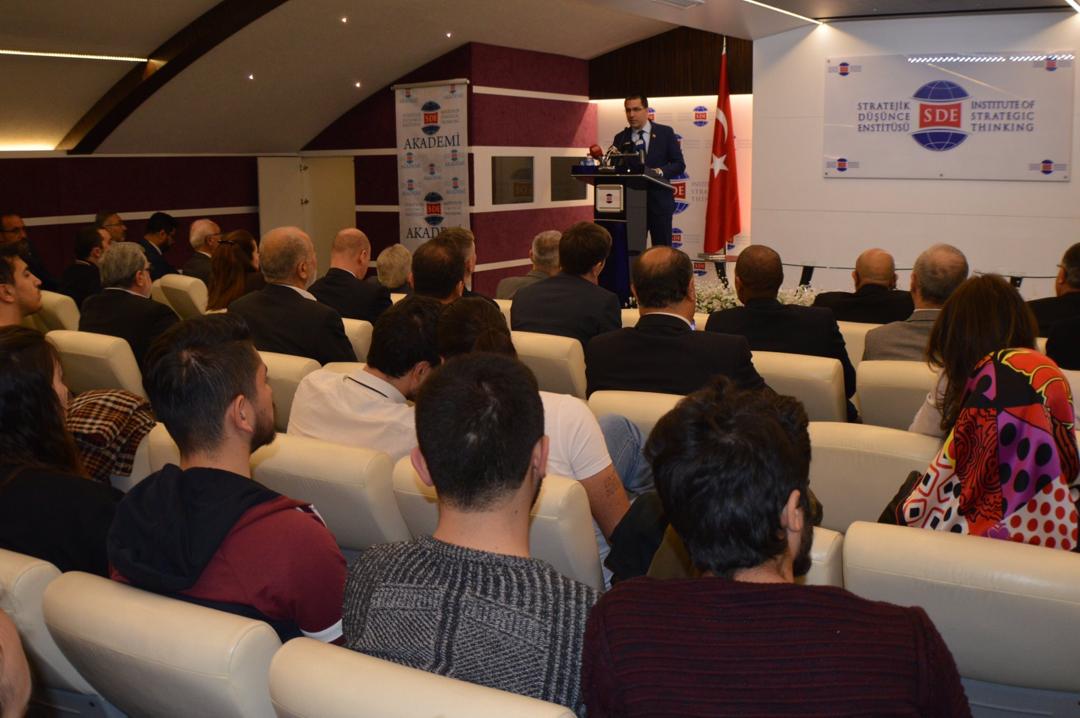 The Foreign Minister of the Bolivarian Republic of Venezuela, Jorge Arreaza, delivered a conference on Monday at the Institute of Strategic Thought of the capital of the Republic of Turkey, Ankara, where he has fulfilled an important diplomatic agenda with the vision of strengthening the bilateral strategic alliance.

In his speech, the Venezuelan diplomat highlighted the position of Turkey in the new geopolitical map of the world, in which the hegemonic pretensions and domination of the United States are challenged, promoting multilateralism.

“We are happy to be in Turkey, a pole of power in development, a power for the shaping of the new geopolitic world”, he said.

In the midst of his speech, the People’s Power Minister for Foreign Relations gave an in-depth account of the historic relationship between the United States and the Latin American and Caribbean peoples, which has been marked by Washington’s attempts at oppression and annexation.

He recalled, in that sense, that in 1823 the then president James Monroe raised before the US Congress a proposal that later became a doctrine according to which the United States “will always have control of what they call the Western Hemisphere from Alaska until the Argentine Patagonia”.

“And that historical contradiction has been present in every minute of every hour, every day of the history of our America. The struggle we are facing today in Venezuela is the same struggle that began in 1823 in the American continent”, he added, referring to the consistency of the Bolivarian Republic of Venezuela in under the threats and the imposition of unilateral coercive measures by the United States in recent years.

The Venezuelan Foreign Minister also criticized the validity that the Donald Trump administration has declared over the Monroe Doctrine, and the strategies of the White House in recent decades aimed at overthrowing progressive governments in the region.