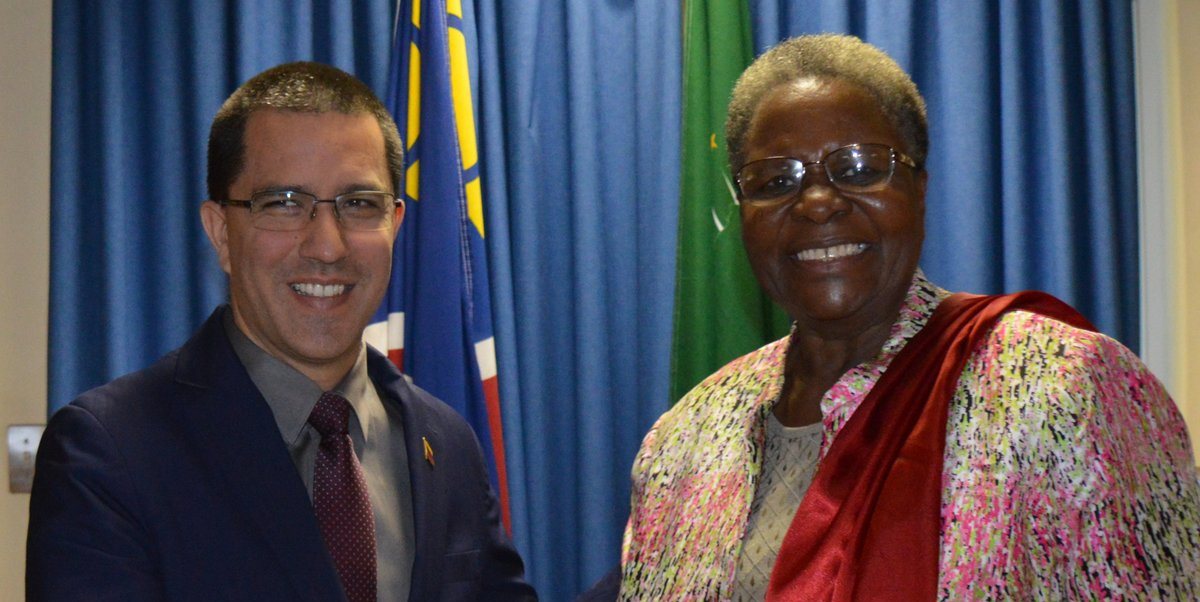 As part of a working tour of Africa, the Middle East and Europe, held by the Foreign Minister of the Bolivarian Republic of Venezuela, Jorge Arreaza, held a high-level meeting on Thursday with the Deputy Prime Minister and Minister of International Relations and Cooperation of the Republic of Namibia, Netumbo Nandi-Ndaitwah.

During this meeting, both representatives began work to build the concrete bilateral cooperation agenda, as well as evaluating diplomatic agreements between both countries in order to strengthen their diplomatic relations.

It should be noted that since 1993, Venezuela and Namibia have signed brotherhood and cooperation agreements.