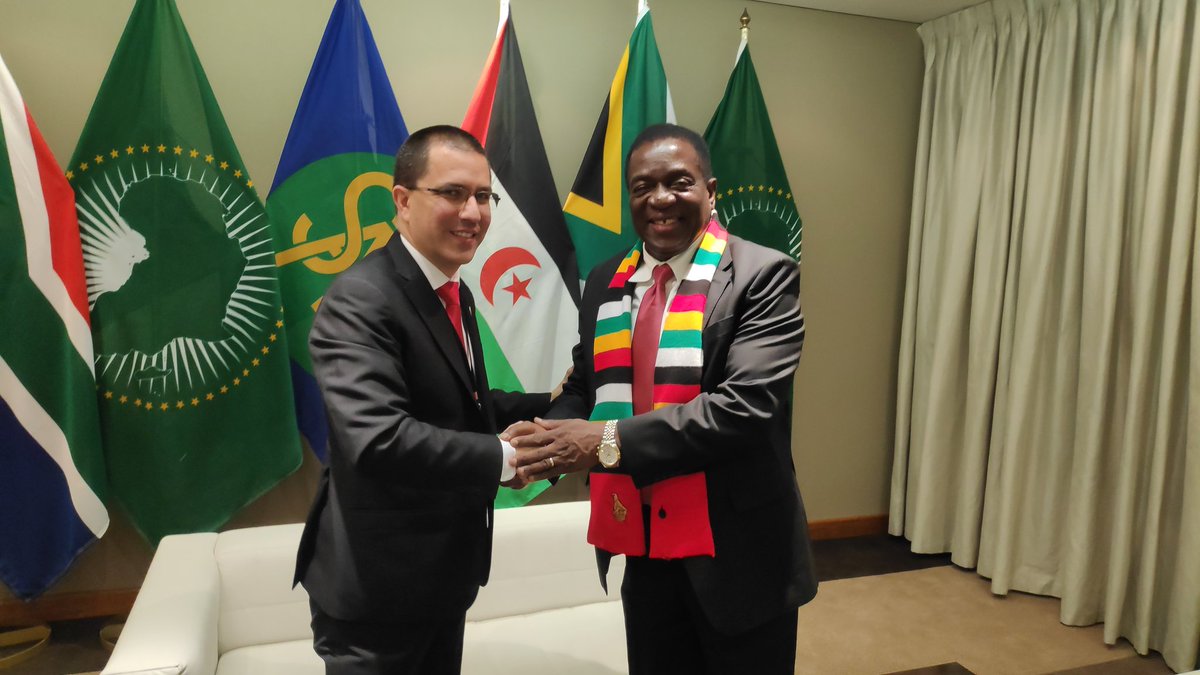 This Tuesday, as part of the bilateral agenda held by the Foreign Minister of the Bolivarian Republic of Venezuela, Jorge Arreaza in the city of Pretoria, South Africa, there was a meeting with the President of the Republic of Zimbabwe, Emmerson Mnangagwa, where he reviewed the cooperation agenda maintained by both nations.

During the meeting, both representatives expressed their desire to strengthen the bonds of cooperation and brotherhood.

In October 2018, the Vice-minister of Foreign Affairs for Africa of the Bolivarian Republic of Venezuela, Yuri Pimentel, held a working meeting with the Vice President of the Republic of Zimbabwe, Kembo Mohadi.

It should be noted that these bilateral work meetings are part of the agenda held by the FM, Jorge Arreaza, during the Conference of Solidarity with the Sahrawi Arab Democratic Republic, which takes place on March 25 and 26.