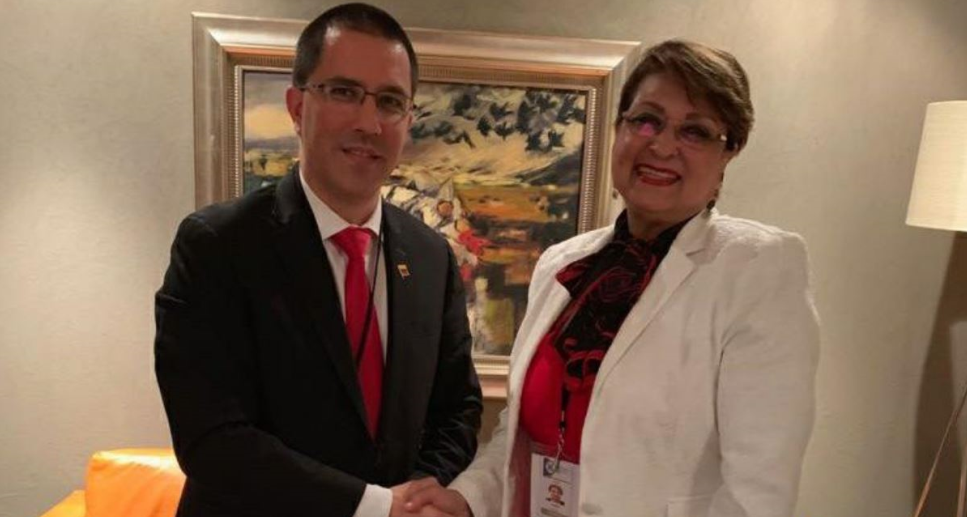 On Tuesday, the Foreign Minister of the Bolivarian Republic of Venezuela, Jorge Arreaza, held a high-level meeting with the Minister of Local Governments of the Republic of Seychelles, Macsuzy Mondon.

During this meeting both representatives expressed their will to consolidate international relations between both countries.

Likewise, Foreign Minister Arreaza expressed Venezuela’s interest in strengthening ties of cooperation with Seychelles, a nation that has 115 islands in the Indian Ocean and is located in front of East Africa.

With this new strategic alliance the Bolivarian Government expresses its commitment to the strengthening of a multipolar and pluripolar world.

It should be noted that this meeting was framed within the agenda held by the Venezuelan diplomat in Pretoria, Republic of South Africa, where he participates in the Conference of Solidarity with the Sahrawi Arab Republic and in support of the struggle of this brother African people.