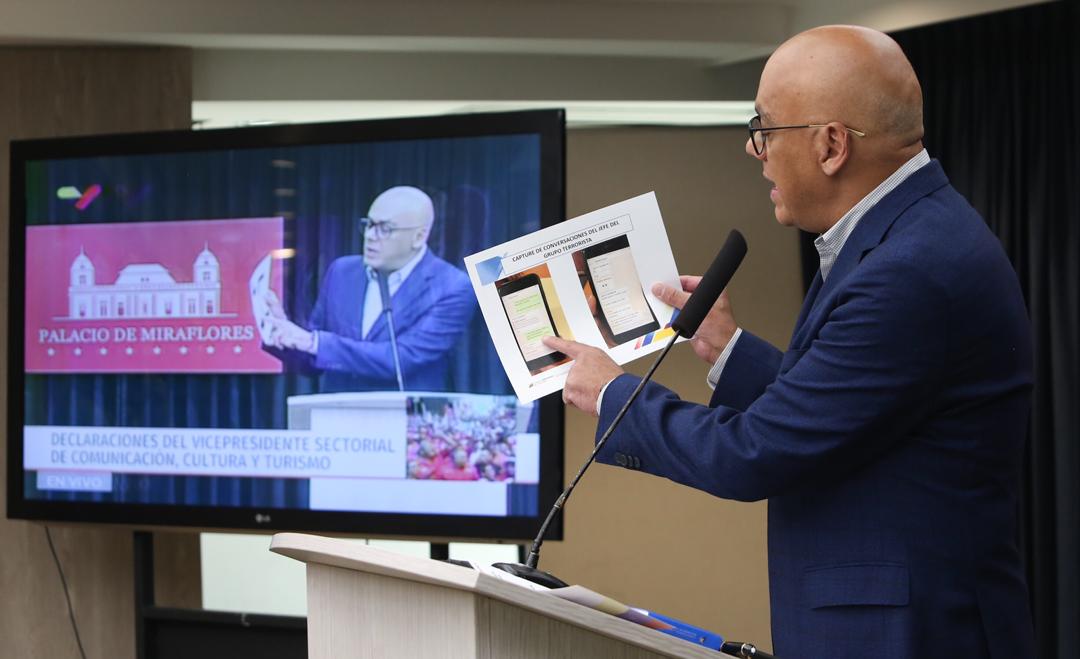 “I have been commissioned by President Nicolás Maduro to share with you some of the serious information that has been derived from the investigation of the terrorist acts that the Venezuelan far right has been organizing”, said the vice president of Communication, Culture and Tourism, Jorge Rodríguez.

From the Miraflores Palace, Rodríguez said: “We received intelligence that indicated that strange activities were being carried out in countries such as El Salvador, Guatemala and Honduras, hiring assassins and elements related to drug trafficking”.

“They were preparing 8 to 10 teams of paramilitaries, in groups of 6 to 8 people, recruited and displaced to Colombia to receive training and then enter by illegal steps on the border of Colombia with Venezuela”, he added.

The Sectoral Vice President denounced that “at least half of these paramilitaries, trained in Colombia, managed to enter Venezuela, we are looking for them by land, sea and air and wherever they are we will capture them”.

“The plans were selective assassinations of leaders of the Bolivarian Revolution, new sabotages in the Caracas Metro, false flags operations, and then culminated in a general strike and the assault on the Miraflores Palace”, he said.

He asserted that the organizer in the nation of all those actions and the link between the paramilitaries and the defaulted Juan Guaidó deputy is Mr. Roberto Marrero.

“They have been in a process of subtracting the goods that Venezuela has in different banks and that are being extracted under the orders of the Trump administration. In the last two months more than 30 billion dollars have been stolen”, he said.

The also People’s Power Minister  for Communication and Information, said that the conversations found on Marrero’s telephone show that he conspired together with Guaidó to manage financing of terrorist acts and in turn, revealed evidence implicating the parliamentarian in contempt and Venezuelan opposition in terrorist acts against the Homeland.