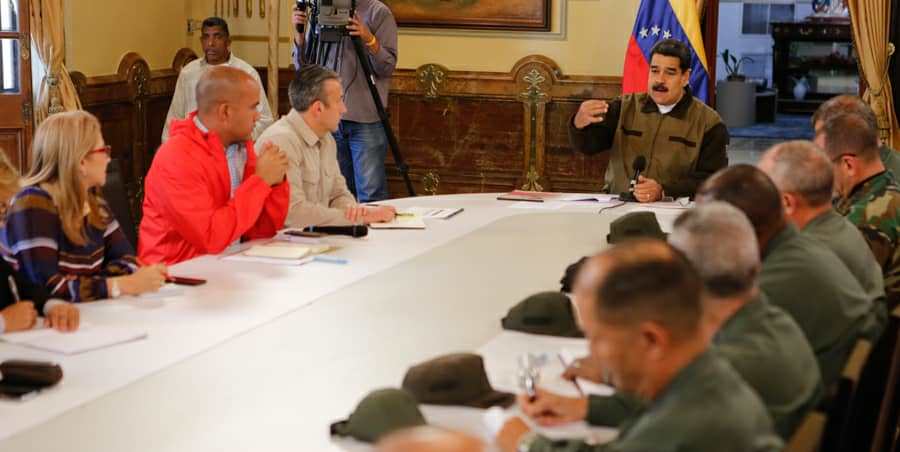 The President of the Bolivarian Republic of Venezuela, Nicolás Maduro, on Friday praised the courage and fighting spirit of the Venezuelan people before the onslaught suffered by the National Electric System (SEN) on March 7.

“I want to convey to the people our admiration for their courage, spirit of battle, permanent struggle, high moral and beautiful awareness of the people of Venezuela, who, as Chávez said – paraphrasing the Liberator Simón Bolívar – is the town of difficulties and without a place it has certainly shown it”, said the Head of State, from the Simón Bolívar Room at the Miraflores Palace.

He maintained that “there is no country in the world” that is the victim of a fierce attack like the one suffered by the Venezuelans and that despite this, it remained with the patience and stoicism that occurred.

President Maduro underlined that the US Cyber ​​Command (USCC) created during the administration of Barack Obama was the organization that executed the “war action” that he described as “the greatest cyber attack known in the world” as demonstrated by the evidence gathered through the investigation.

“In June 2009, the United States cybercomando was created, whose mission is the use of computer techniques with the objective of safeguarding the interests of the United States or its allies”. This cybercomando, said the National President, was reformed during the government of Donald Trump, who mentioned that “his government will use all available means to keep his country safe from cyber threats”.

Also, US National Security Advisor, John Bolton, pointed out that the US empire would “do a lot of things on offensive ground and our adversaries have to know”, since their “hands are no longer tied as they were with Obama”.

“Obama creates it and Trump points it out to the world”, emphasized the Dignitary in videoconference with the Commanders of the Integral Defense Regions (REDI) and Zones of Integral Defense (ZODI), governors and mayors of the country for planning the civic-military defense exercises.