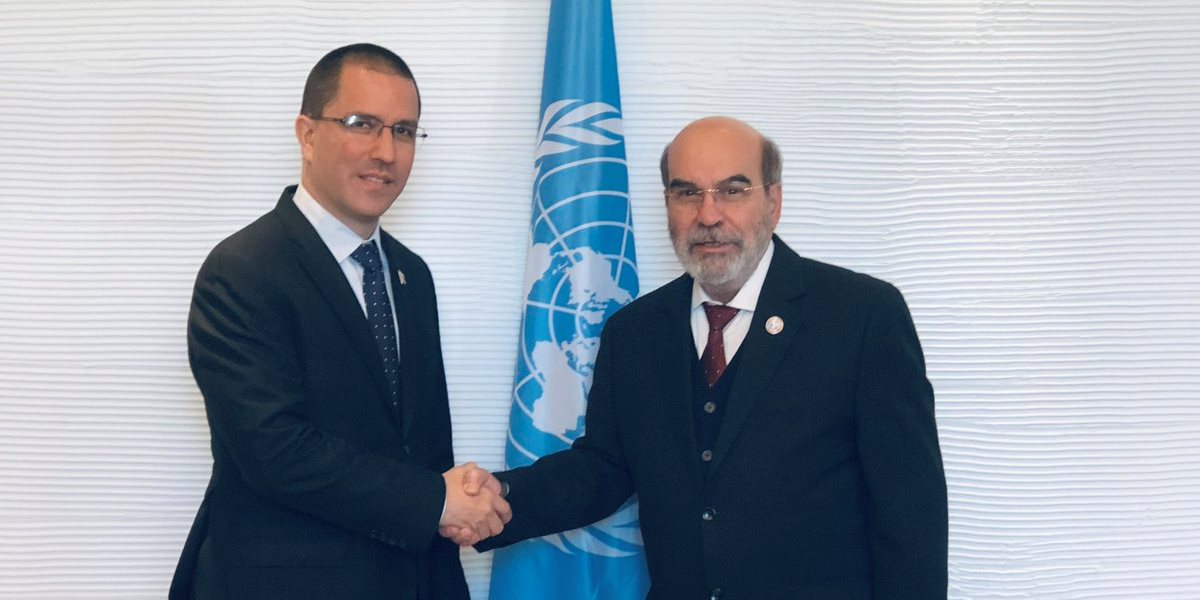 The Foreign Minister of the Bolivarian Republic of Venezuela, Jorge Arreaza, held an important meeting on Friday in Rome with the director general of the United Nations Organization for Food and Agriculture (FAO), José Graziano Da Silva.

This high-level meeting made it possible to evaluate the joint work agenda between the Venezuelan State and the UN agency.

In mid-January, the Bolivarian Republic of Venezuela signed two agreements with FAO and the United Nations Children’s Fund (Unicef) with the firm objective of keep providing protection to the Venezuelan people in terms of food and education.

On that occasion, Foreign Minister Arreaza noted that with the signing of these agreements Caracas is moving forward in the consolidation of the 2030 Agenda for Sustainable Development and its 17 objectives.

“These are the first steps of a new dynamic of the State-Nation relationship. The Bolivarian Government and the United Nations System (…) In Venezuela, we are giving proper and necessary use to protect our people”, he said then.