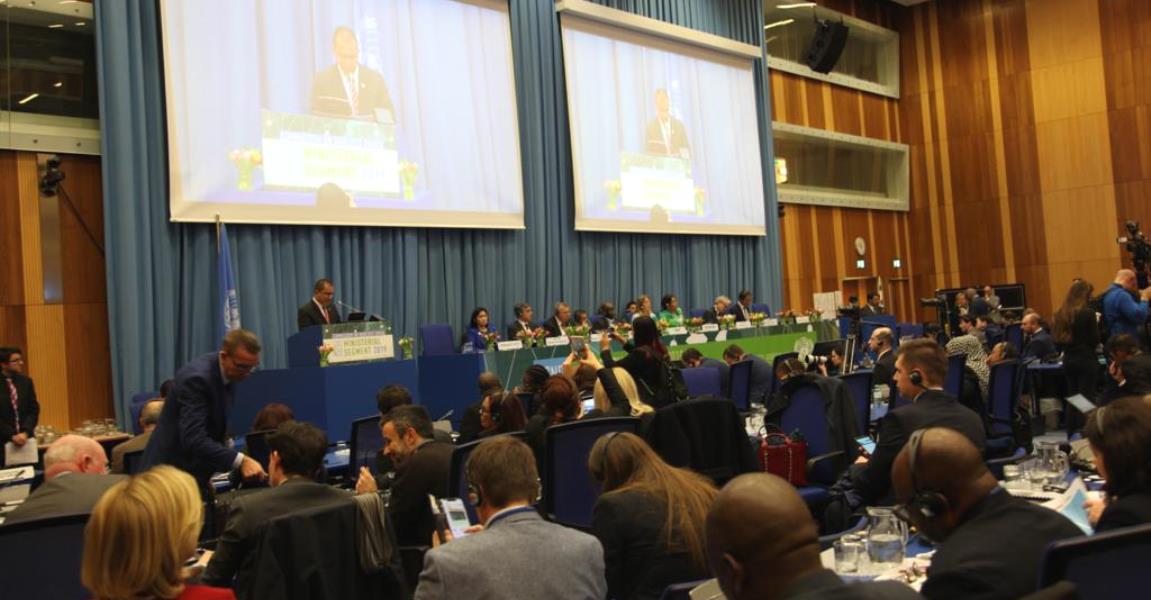 This Thursday, was initiated in Vienna, Austria, the Ministerial Segment of the 62nd session of the Commission on Narcotic Drugs (CND) of the United Nations Office on Drugs and Crime.

During his speech, the People’s Power Minister for Foreign Relations, Jorge Arreaza, offered a summary of the progress of Venezuela in the fight against the trafficking of narcotic chemical products that affect the quality of life of the human being.

In front of the data and statistics that confirm the aggravating situation of the illicit consumption of narcotics worldwide, Foreign Minister Arreaza indicated that “it is necessary to rethink the classic model and consider this problem in its dimension of human health, adopting drug strategies that place the human being at the center of all policies, in line with compliance with the 2030 Agenda for Sustainable Development”.

In this regard, the Venezuelan FM explained the prevention policies implemented by Venezuela. “Since 2009, more than 580 thousand activities have been carried out aimed at communities, schools, girls, boys, young people and also people deprived of their liberty. It is also reflected in the Public and Free System for Attention and Treatment of Addictions that since 2011 and until 2018 has served more than 40 thousand people in the 178 centers distributed throughout the national territory”.

Likewise, Minister Arreaza highlighted “the praiseworthy work of the National Anti-drug Fund, which since its creation in 2009 has been able to finance approximately 6,000 plans, programs and projects aimed at comprehensive prevention of the communities. Likewise, it has financed projects in prevention of the appearance of crops, control of trade in chemical substances, seizure of drugs and application of measures to prevent the penetration of the economic and financial sector”.

The Head of Foreign Ministry of Venezuela also emphasized the progress made with the National Anti-drug Plan, which has made over the past 10 years: 72,000 procedures and 200 military anti-drug operations, managing to destroy more than 300 laboratories for the processing of hydrochloride of cocaine, has also developed an Airspace Defense Program, recognized by the INCB in its report for the year 2017.

Minister Arreaza went to the other nations and said that “we firmly believe that multilateralism is the only option the world has to face global problems. There is no other way to deal with these issues but through these collective spaces where all States are represented in a sovereign manner, maintaining peace”.

Consequently, the FM denounced that Venezuela is concerned about undermining the foundations of multilateralism supported by the Charter of the United Nations, because its laceration prevents the good national practices aimed at combating the drugs trafficking.

Since “the coercive and unilateral economic actions of the United States government detached from international law, has led to losses between 200 and 300 billion dollars in recent years, directly affecting the Venezuelan population”, he said.

Finally, Foreign Minister Jorge Arreaza said that “Venezuela is convinced that no major conflict should be resolved unilaterally. With firm conviction that this universal challenge, such as the problem of drug abuse, requires the exercise of multilateralism. A cooperative multilateralism, a co-responsible multilateralism that allows to open and strengthen spaces for dialogue and recognition of sovereign states to resolve conflicts”.