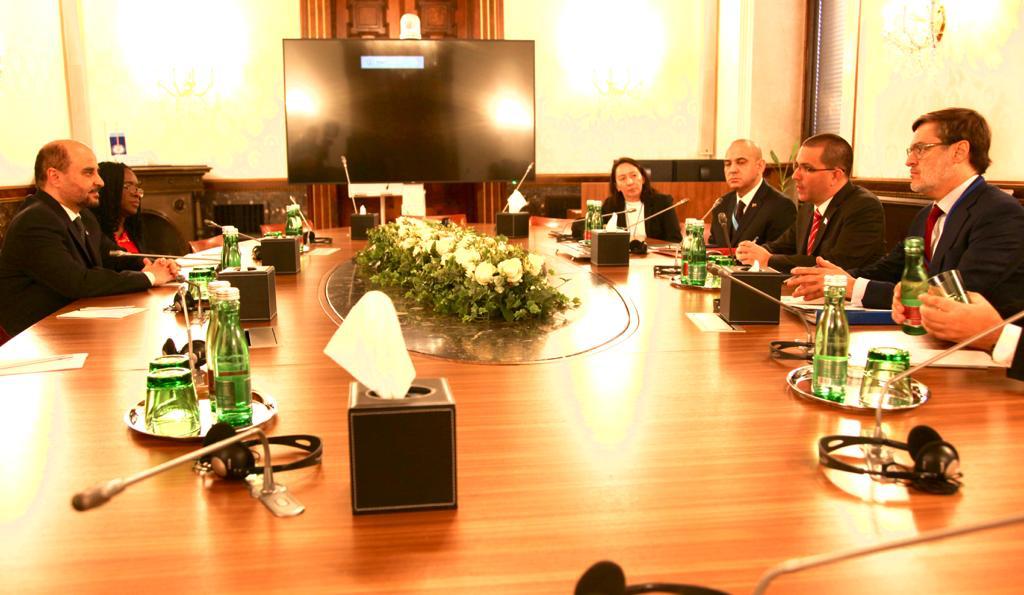 The Foreign Minister of the Bolivarian Republic of Venezuela, Jorge Arreaza, during his visit to the city of Vienna, Austria, to celebrate the 62nd Session of the Commission on Narcotic Drugs of the United Nations Organization, held a work meeting with the Director General of the OPEC Fund for International Development, Abdulhamid Alkhalifa.

In this regard, the diplomatic representatives reviewed the work agenda held by Venezuela with the organization, as well as discussed the necessary and important cooperation for the development of the Latin American and Caribbean countries with the institution.

In turn, Minister Arreaza and the Director General of the OPEC Fund for International Development, Abdulhamid Alkhalifa, expressed their desire to keep strengthening the ties of cooperation and friendship.