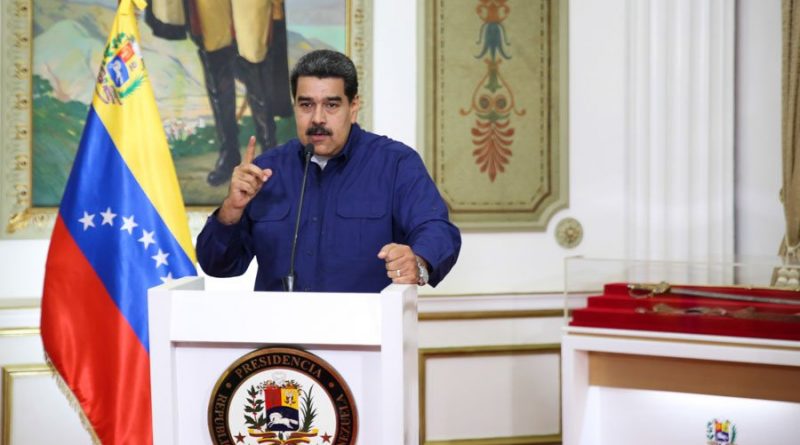 President Maduro: Venezuela is the victim of an American cyber attack against its electrical system

On Monday, the Head of State, Nicolás Maduro Moros, denounced from the Miraflores Palace, that Venezuela is the victim of a cybernetic US attack that affects the national electricity system and that possibly is the first country to be the victim of North American technologies applied to this system.

The President of the Bolivarian Republic of Venezuela stated that the attack was generated in three ways: cybernetic, which was executed in the brain of the El Guri reservoir and in Caracas, the second electromagnetic, with which the distribution and transmission was knocked down, to interrupt the recovery process achieved. Finally, the burning of substations and electric stations was carried out, which consolidated the physical attack.

“First the cyber attack to the brain of the computerized system that regulates all the generation, transmission and distribution service of the country’s National Electric Corporation (Corpoelec) in El Guri and the cyber attack from the outside to the driving brain that remains in Caracas and that performs national transmission and distribution (…) The second way of attack was with mobile devices that send electromagnetic signals that emit high frequencies that knock down the transmission, which interrupts and reverses the recovery processes”, he said.

He added that in the early morning hours of Monday, 95% of the capital region and the eastern region had recovered 100% and at two o’clock in the morning there was an explosion in the Alto Prado substation as a result of sabotage, with the objective of “knocking down all the electricity in Caracas to reverse the recovery process in the east and put us in the zero point”.

Faced with this, explained Maduro, a team of Venezuelan experts in the field met, which resulted in the partial recovery of the computerized brain of the Guri, then the national brain and “then the release from cyber attacks was achieved, which today it is proven that they are possible and that only the United States government has”.

In his words, the Dignitary referred an article published by the magazine specialized in the world of business and finance, Forbes, “which confirms remote US interference in Venezuela’s electricity network, as part of a hybrid war to weaken an adversary before the conventional invasion or promote a transition”.