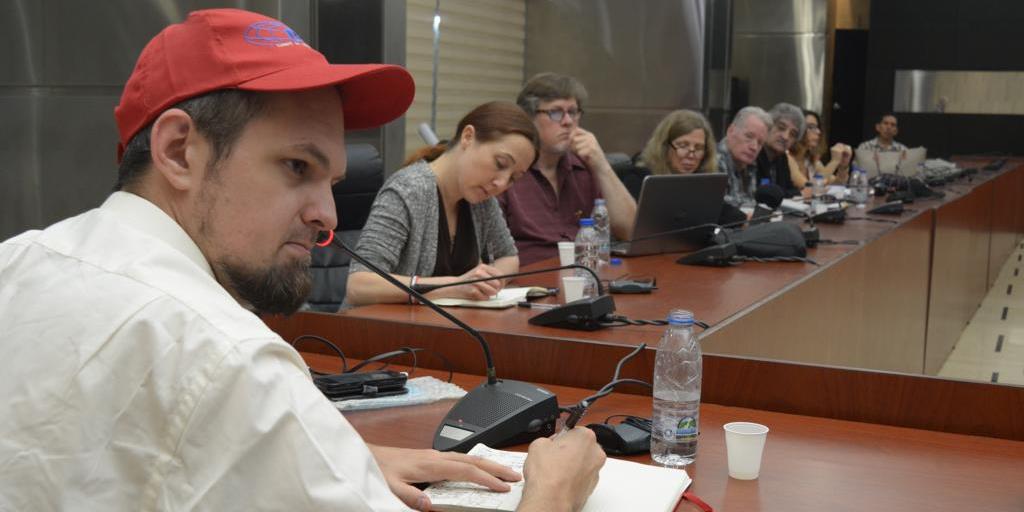 On Monday, delegates from the US Council for Peace, held a solidarity agenda in Venezuela in which they met with economist Pascualina Cursio, who denounced the attacks on the Venezuelan economy, as well as condemning the recent sabotage of the national electricity system.

Note that this meeting was held at the headquarters of the People’s Power Ministry for Foreign Relations, from this instance Pascualina Cursio said that “it is important to move forward in the legal field so that this attack on the electrical system that violates the human rights of the people of Venezuela is considered as a crime against humanity”.

For her part, the economist also indicated that “the Bolivarian Government has faced these attacks guaranteeing 6 million Venezuelan families access to food through the distribution of CLAP boxes”.

Followed by this, the economist explained that “despite the economic sanctions imposed by the administration of Donald Trump, Venezuela has managed to profile the cryptocurrency Petro as a currency of commercial exchange with other countries”.

In this sense, the coordinator of the Unit Against War Coalition (UNAC), Joe Lombardo, conveyed his profound solidarity with the people of Venezuela, in the same way Lombardo expressed his concern about “the real possibility of a war, especially by the new ties of Colombia with NATO”.

At the same time he said that “during this visit the delegation composed of 13 political activists from the US and Canada plan to collect concrete evidence about media manipulation, interference and sabotage against Venezuela”.

It should be noted that this delegation will be in Venezuela from March 10 to 15, 2019, and it is also composed of the former vice presidential candidate of the United States, Ajamu Baraka; the secretary of the US Council for Peace Organization, Bahman Azad; the president of the National Board of Veterans for Peace, Gerry Condon; the president of the International Women’s League for Peace and Freedom (Wilpf, USA), Darien De Lu; the pediatrician and member of the Green Party board, Margaret Flowers; Secretary of the World Council for Peace, Mark Burton, peace activist Sara Flounders; the co-director of the Popular Resistence Organization, Kevin Zeese; the war veteran, Daniel Shea; the Canadian journalist and human rights activist, Eva Bartlett; the leader of the Women Against Military Madness (WAMM) movement, Sarah Martin and the political activist of the Communist Party of Canada, Miguel Figueroa.