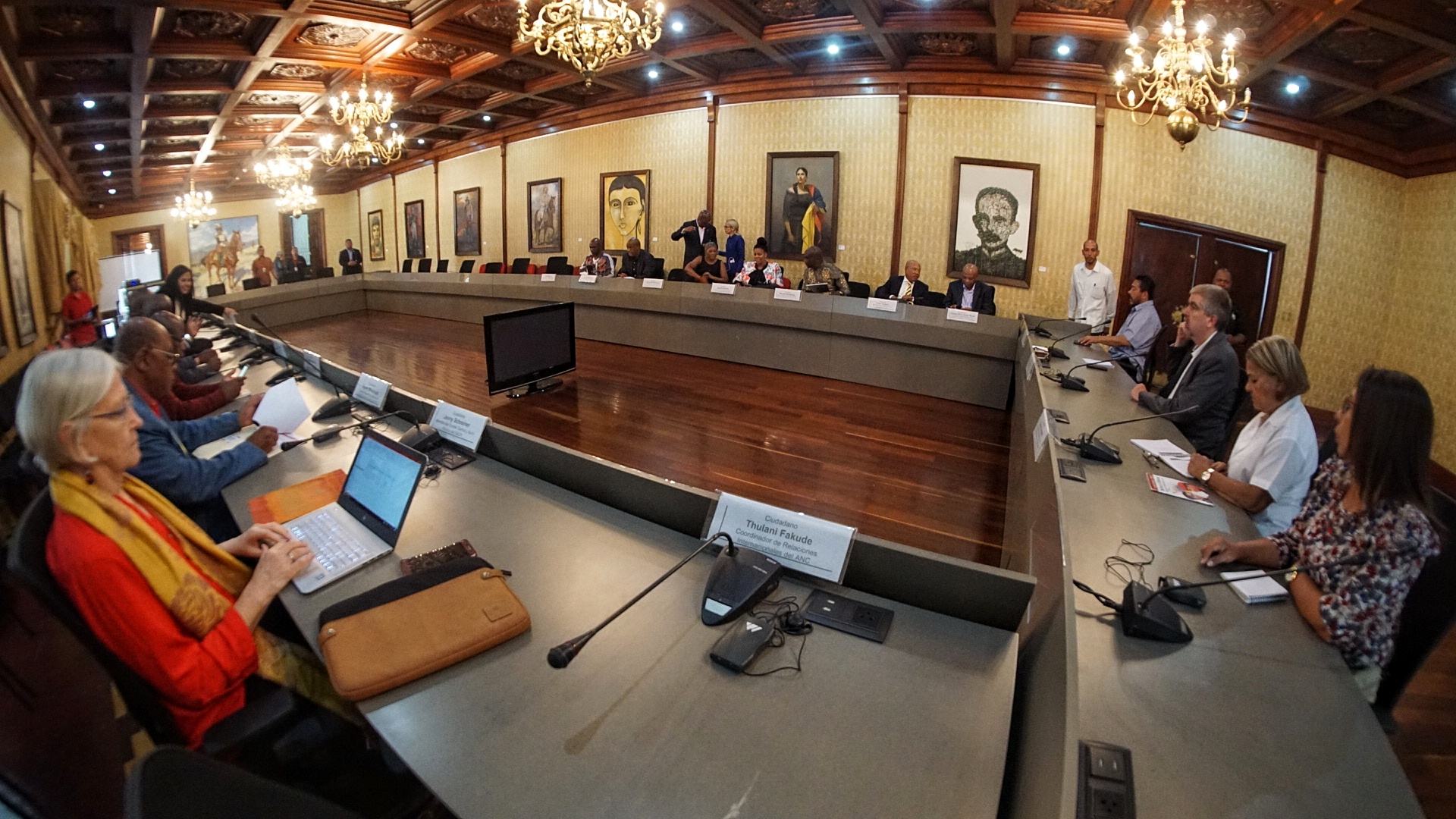 Framed in the work visit carried out by the delegation of the Government Alliance of South Africa in the Bolivarian Republic of Venezuela, the Vice-minister for Africa of the People’s Power Ministry for Foreign Affairs, Yuri Pimentel, in the company of representatives of the United Socialist Party of Venezuela and the Central Bolivarian Socialist workers, held a meeting on Tuesday at the Yellow House in Caracas.

In the visit that will last until March 7, the diplomatic group aims to strengthen the bilateral ties and cooperation that exist between the two peoples.

The delegates will travel through some communities of the capital to see the normality that persists in the country and thus dismantle the matrix generated by media corporations that seek to position the crisis in Venezuela that step to a supposed humanitarian aid to generate a military intervention.

As part of its agenda for the South American country, the delegation from South Africa plans during its visit to meet with authorities of the Bolivarian Government as well as political and social organizations to learn by first hand the political and social context that Venezuela is going through.