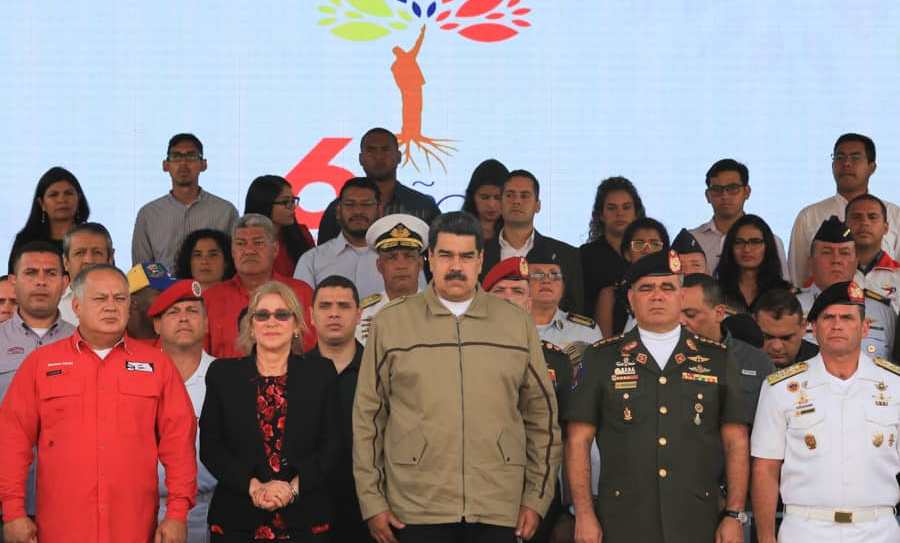 The constitutional president of the Bolivarian Republic of Venezuela, Nicolás Maduro Moros, participated in commemorative events 6 years after the sowing of the Supreme Commander, Hugo Rafael Chávez Frías.

The activities take place in the 4th February Barracks of the populous parish, January 23, in the Venezuelan capital, where the immortal remains of leader of the Bolivarian Revolution rest.

Hugo Chávez not only left his mark in Venezuela but throughout the world, he was a man with popular roots and who fell madly in love with his homeland and social justice, a love that led him to be consumed in the struggle to make Venezuela a productive country, respected, sovereign, happy and independent.

His legacy remained intrinsic in the patriots who keep alive the flame of the dignity of this brave people. That dignity was returned to the forgotten and invisible, through the various social programs that Commander Chávez devised and which he launched since his arrival in 1999.

On March 5, 2013, Venezuelans received the news of the death of the Commander and President, at 4:25 in the afternoon, since then in commemoration to the Socialist leader, the cannon shot of Salvation sounds every day in tribute to what his life meant in the heart of the people and the inheritance that he left to the worker president Nicolás Maduro, the driver of victories.