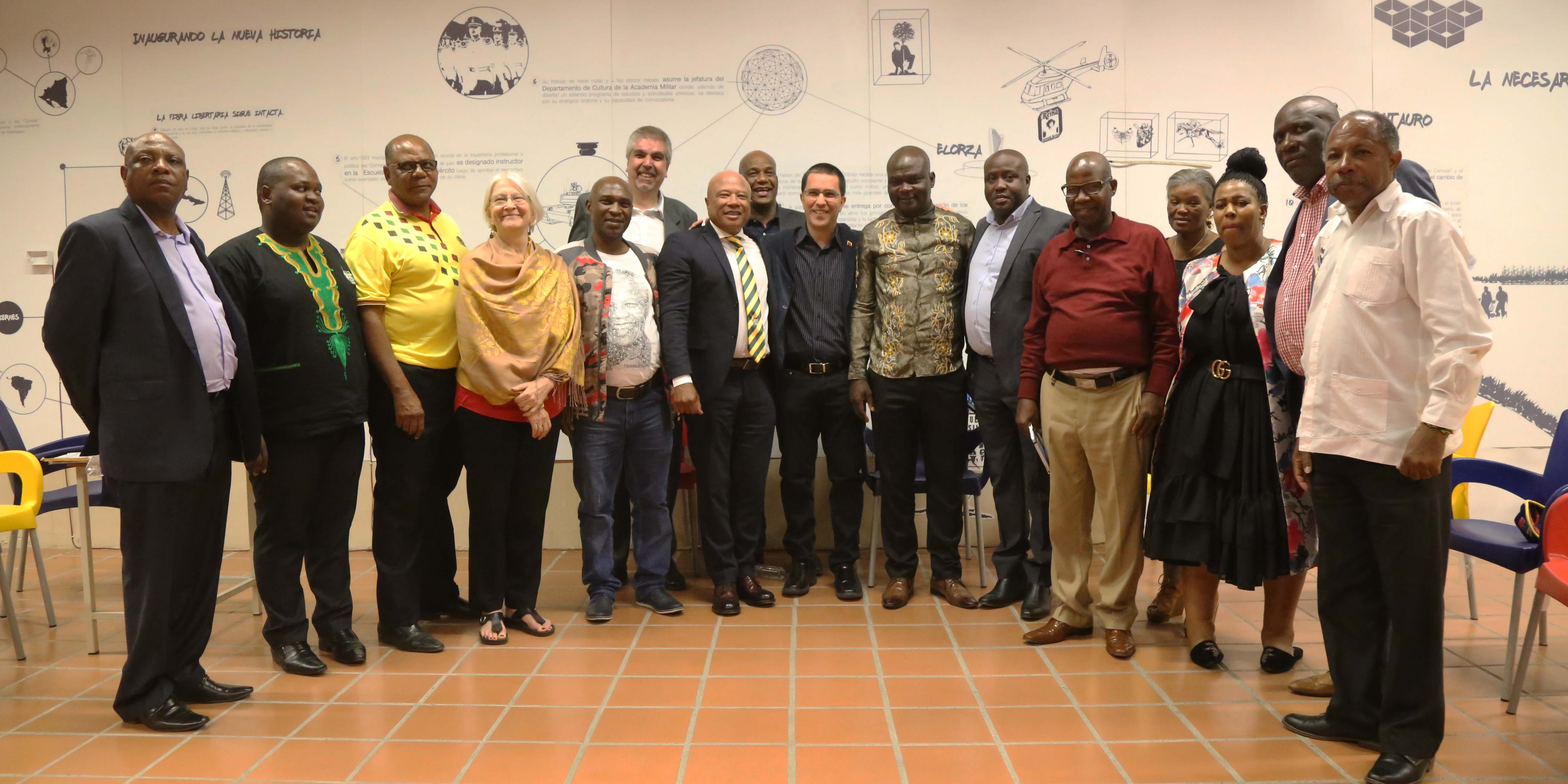 From the Mountain Barracks (Cuartel de la Montaña) in Caracas, where the mortal remains of the Leader of the Bolivarian Revolution, Hugo Chávez rest, took place on Tuesday a meeting between the People’s Power Minister for Foreign Relations of the Bolivarian Republic of Venezuela, Jorge Arreaza and representatives of the delegation of the Government Alliance of South Africa, who arrived in Venezuela last Sunday.

The occasion was favorable to discuss issues of common interest between both nations, as well as to expose the policy of political, diplomatic, economic, financial and media siege exercised by the United States government over Venezuela.

In that sense, the Secretary General of the Trade Union of Mining Workers, Joseph Montisetse, said they could witness the lies of the media. In Venezuela they saw a happy people, enjoying the carnivals, a people who support their government and are willing to defend it. “It is very important for the government to urge dialogue, so did our leader, Nelson Mandela, to be able to achieve peace in South Africa”, said Montisetse.

For his part, Tony Yengeni, member of the national executive committee of the African National Congress, promised to bring a report to the party leaders, telling the events they saw in Venezuela and with specific recommendations to boost international solidarity.

“In South Africa, international solidarity is crucial, because through it our country achieved liberation”, Yengeni added.

In addition to denouncing the economic and financial blockade exercised by imperialism to the Caribbean nation, the diplomats recalled that Venezuela has sought alternate routes to the financial blockade, relying on countries such as China, Russia and Turkey.