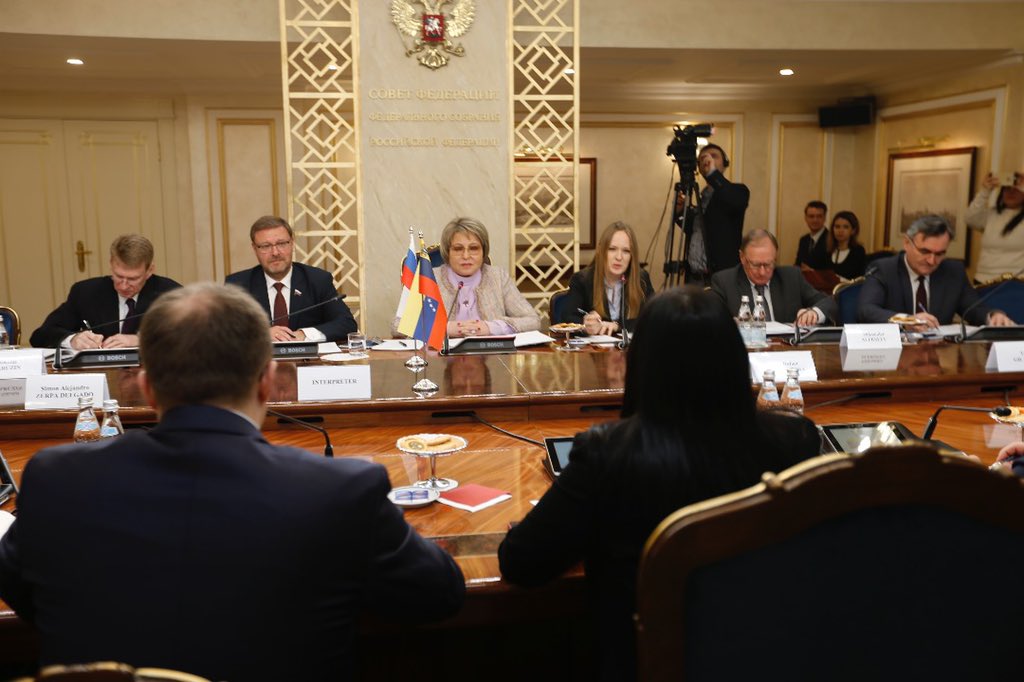 In the framework of the Bolivarian Diplomacy of Peace, the Executive Vice President of the Republic, Delcy Rodríguez, held a meeting with the President of the Council of the Russian Federation, Valentina Matviénko, with the aim of consolidating bilateral relations between the two countries.

“We appreciate the support provided by the President of the Russian Senate, Valentina Matvienko, to the peace and sovereignty of Venezuela. We address essential aspects of bilateral and international cooperation in our countries. We come out burdened with the spirituality and strength of Russia!”, Explained the Executive Vice President.

In this sense, and regarding recent interventionist events in the Homeland, the head of the Russian Senate declared that Moscow will take the possible measures not to allow a military intervention in Venezuela by the North American Government.

“We are concerned that the US can be decided by any provocation to spill blood and thus find a pretext and reasons for a military invasion”, she said.

Likewise, Russia has shown solidarity with the Venezuelan people and showed its support for the legitimate government of the Head of State, Nicolás Maduro, on multiple occasions, in addition to expressing its hope that the differences in the nation will be resolved by political means.

“Only the people of Venezuela have the right to decide what their future will be”, Matviénko concluded.

It should be noted that last Friday, March 1, Rodríguez, who is in Moscow on an official visit, met with the Russian Foreign Minister, Sergey Lavrov, to discuss the possibilities in terms of cooperation with the aim of preventing military actions against Venezuela. In turn, the Executive Vice President spoke with various businessmen and Russian authorities, for the strengthening of strategic alliances between both nations.