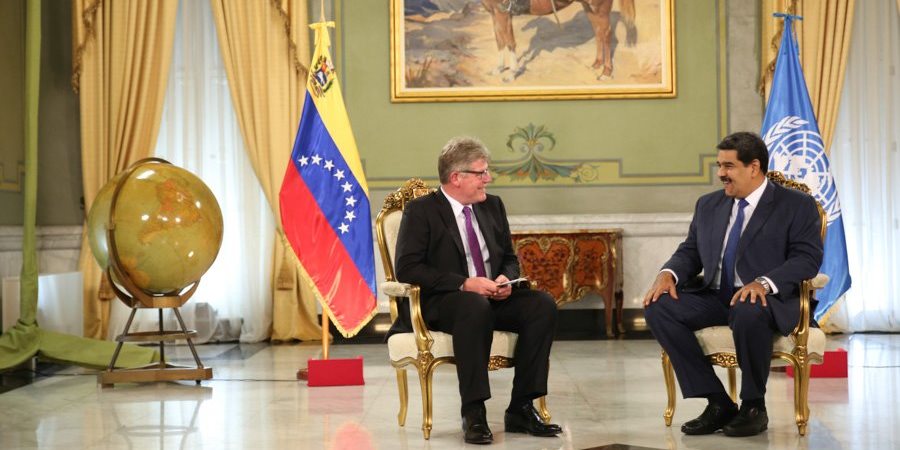 The President of the Bolivarian Republic of Venezuela, Nicolás Maduro, received on Thursday the resident representative appointed by the United Nations Development Program (UNDP) to the South American country, Jan Harfst.

During the meeting, at the Miraflores Palace, a review was made of the evolution and progress of Venezuela in meeting the objectives of the 2030 Agenda for Sustainable Development.

Previously, the head of the Venezuelan State received the credentials of the ambassadors of Chad and Serbia, Ngote Gali Koutou and Danilo Pantovic, respectively.

At the ceremonial events, the Minister of Communication and Information, Jorge Rodríguez, and the Vice-minister for the Caribbean of the People’s Power Ministry for Foreign Relations, Raúl Li Causi, accompanied President Maduro.