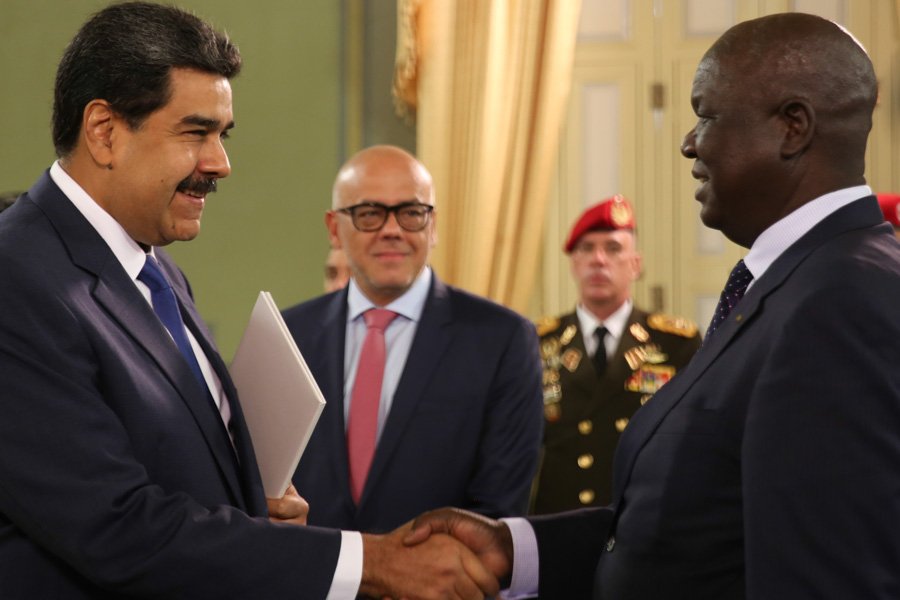 President Maduro receives credentials from the Ambassador of Chad

The President of the Bolivarian Republic of Venezuela, Nicolás Maduro Moros, received on Thursday the credentials of the new extraordinary and plenipotentiary ambassador of the Republic of Chad to the South American country, Ngote Gali Koutou.

During the ceremony, which took place in the Miraflores presidential palace in Caracas, the Venezuelan leader and the Chadian diplomat exchanged ideas about the historical, cultural and economic ties that unite both nations.

Ambassador Ngote Gali Koutou served as Deputy Director of the Civil House of the President of the Republic, Head of State, from 2011 to 2014.

From then on, he served as Deputy Director General of the Hydrocarbons Society of Chad (SHT).