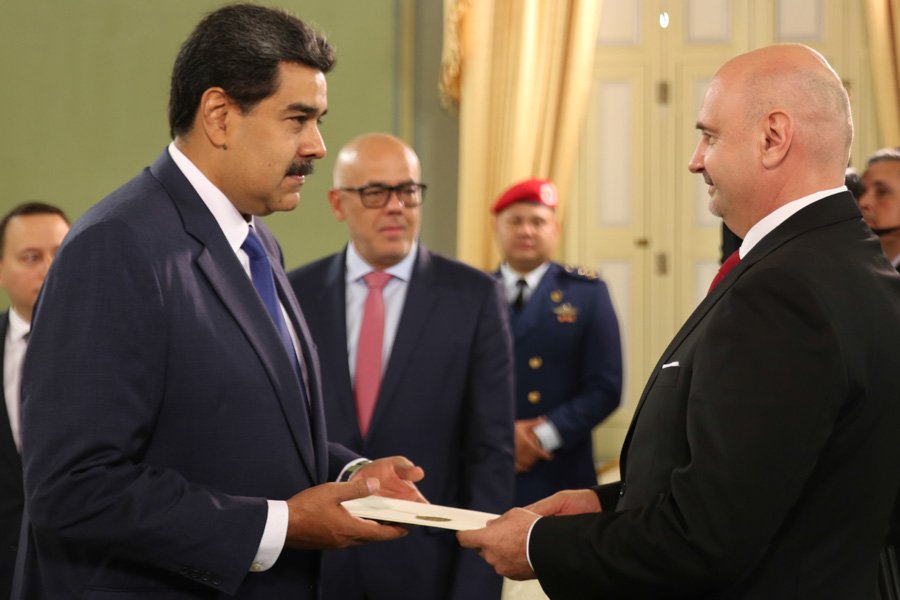 The President of the Bolivarian Republic of Venezuela, Nicolás Maduro, received on Thursday the credentials of Danilo Pantovic, the new extraordinary and plenipotentiary ambassador of the Republic of Serbia to the Caribbean nation.

From the Miraflores Palace, the head of the Venezuelan State and the Serbian diplomat ratified the willingness of both countries to expand political relations and bilateral cooperation in different areas.

Caracas and Belgrade gave renewed impetus to the bilateral relationship during the recent visit of the Vice-mnister for Europe of the People’s Power Ministry for Foreign Relations, Yván Gil, to the Serbian capital.