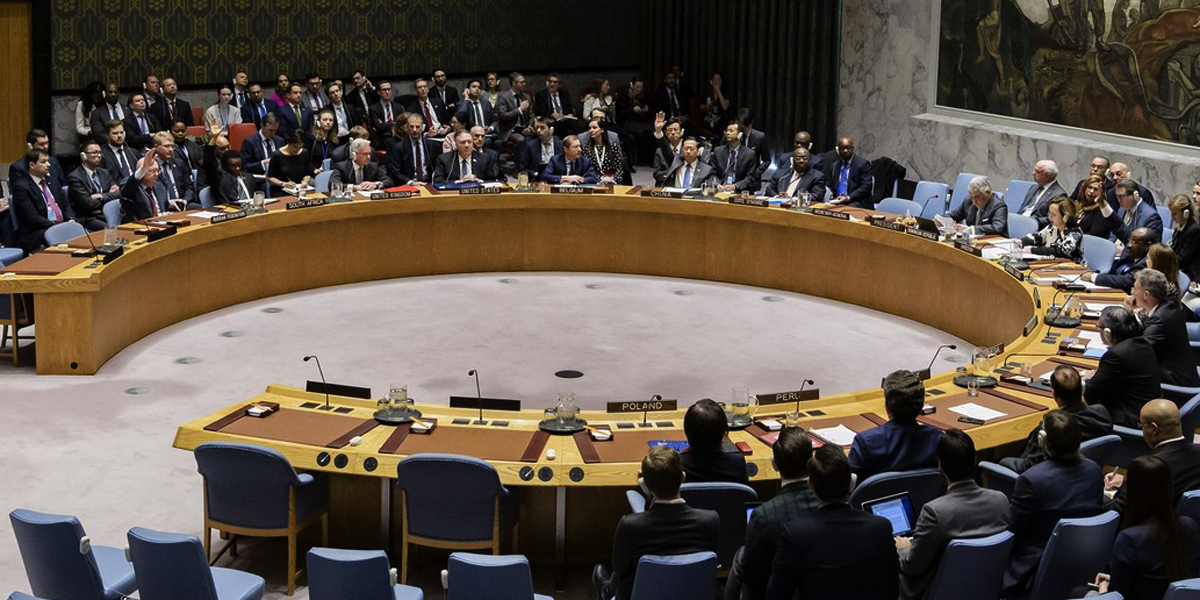 Several delegations of the world gave their support to the Bolivarian Republic of Venezuela, before the Security Council of the United Nations (UN), where the so-called “humanitarian crisis” of the South American country was discussed on Tuesday.

In the interventions, the diplomatic representative of South Africa, Jerry Matilja, expressed his opposition to the threat of the use of force against that territory.

“Our country suffered one of the worst regimes, and even so we believe that dialogue is the only way to solve problems, and we see countries here that refuse to dialogue as an option”, he said.

He also urged the Security Council not to predefine the future of a country. “We call on respecting the sovereignty of each State”, he said.

Likewise, the permanent representative of the Russian Federation, Vassily Nebenzia, affirmed that those who support the United States in its attempts against Venezuela will be accomplices in violating the UN Charter and international law.

Nebenzia recalled how the United States has participated in 280 military interventions throughout the world, several of them in Latin America.

Similarly, he rejected the support that has emerged towards the deputy of the National Assembly (AN) in contempt and self-proclaimed interim president of the Republic, Juan Guaidó and reiterated that the legitimate president of Venezuela is Nicolás Maduro. Similarly, criticized once again the position of the United States.

“Let’s call things by their name. This is not humanitarian aid. If the United States really want to help the Venezuelan people, it would do it through international bodies”, the Russian diplomat reiterated.

Meanwhile, Ma Zhaoxu, spokesman for the People’s Republic of China at the UN also expressed his appreciation to President Nicolás Maduro and his efforts to safeguard the sovereignty, independence and stability of the South American country and urged member states to “not violate the principles and purposes enshrined in the UN Charter.

“We oppose any external interference, any military intervention, and the use of humanitarian aid for political purposes to provoke turbulence”, he said.

He added: “Venezuela’s affairs are a matter for the Venezuelan government to occupy”.

In that same line, the spokesman of the Republic of Equatorial Guinea Anatolio Ndong Mba, called to “refrain from any act that calls for violence in Venezuela”.

Other of the pronouncements in favor of the South American nation, was the one of the Ambassador Plurinational State of Bolivia, Sacha Llorenti who called to “banish the use of force” in the region.

“We will not tire of repeating that Latin America and the Caribbean is an area committed to peace and non-intervention in the affairs of any state”, said the Bolivian representative to the UN.

In addition, he stressed that neither the United Nations, nor the Red Cross, nor the Catholic Church have lent themselves to an “operation” carried out under the pretext of supposed “humanitarian aid”.

For his part, the representative of the United Mexican States said that his country is “deeply respectful of international law and the self-determination of the people (…) and is also a strong promoter of peace and peaceful settlement of disputes”. For that reason, he called on the international community to maintain “a position of caution and prevent further escalation of violence”.

In turn, the alternate permanent representative of the Republic of Cuba to the UN, Ana Silvia Rodríguez, pointed out that the US government, “with the complicity of several actors”. mounted a provocation that sought to undermine Venezuela’s sovereignty, and that this operation “endangered the lives of many Venezuelans”.

At the same time, she described the attempt to forcibly enter the Caribbean country as a “serious violation of international law and the Charter of the United Nations.

According to the Cuban diplomat, Washington “continues to fabricate humanitarian pretexts” to intervene militarily in Venezuela.

Rodriguez also highlighted her “solidarity with President Nicolás Maduro, with the Bolivarian Revolution and its unrestricted support for the civic-military union”.