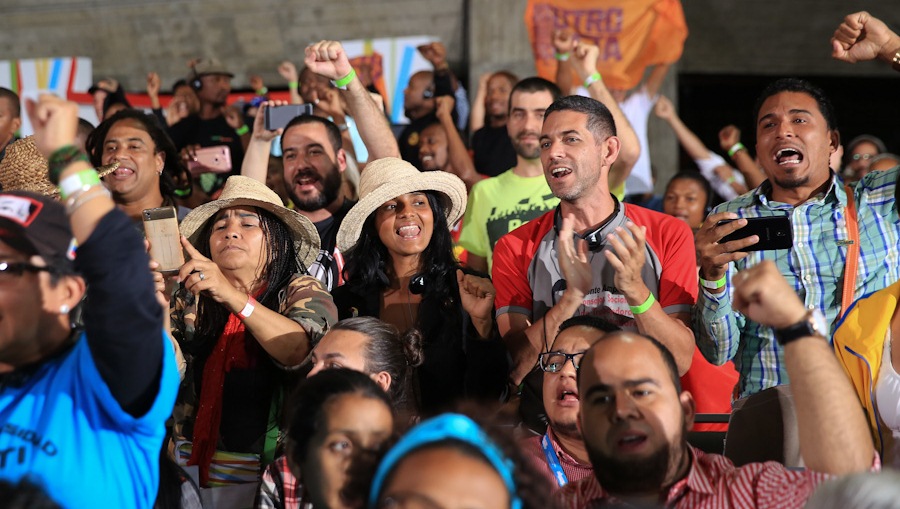 President Maduro receives support from the peoples of the world

The constitutional president of the Bolivarian Republic of Venezuela, Nicolás Maduro Moros, attends the closing of the International Assembly of Peoples that took place in the city of Caracas since last Sunday, February 24.

In the Venetur Alba Caracas Hotel facilities, more than 480 delegates and delegates from 87 countries of the world showed their solidarity with the Bolivarian Revolution and at the same time denounced and rejected the acts of interference by the US government and other countries that are trying to create destabilization before peace and national sovereignty.

During the assembly the representatives of the different political and social organizations recognized President Nicolás Maduro as head of state of the Bolivarian Republic of Venezuela and repudiated any attempt of military intervention in the national territory.