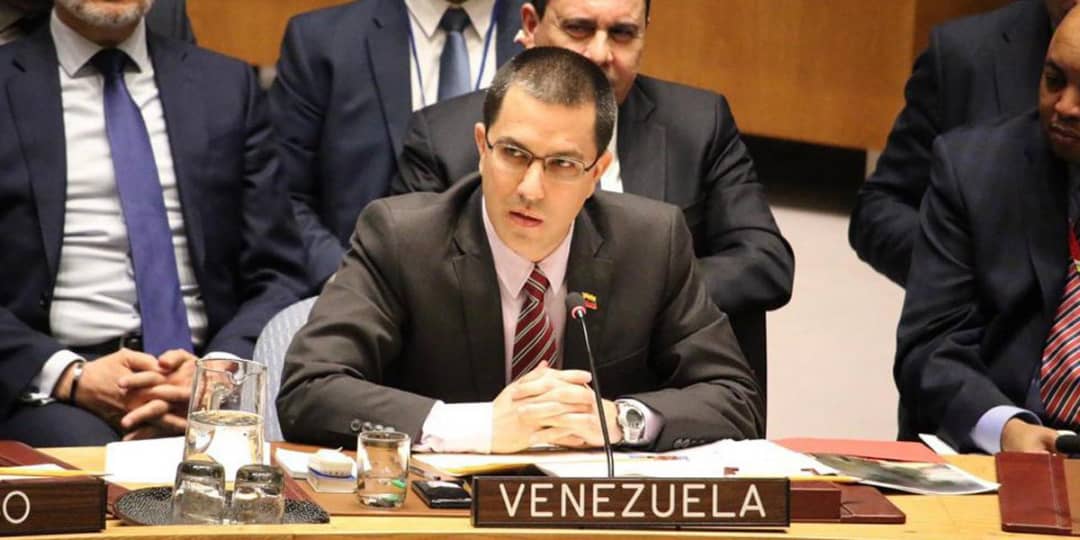 Foreign Minster Arreaza: Session of the Security Council has been an immense victory for peace

The Foreign Minister of the Bolivarian Republic of Venezuela, Jorge Arreaza, thanked the Latin American and Caribbean countries on Tuesday that, despite political-ideological differences with Caracas, they ruled out the use of force and military threat as a solution to the current situation in the South American country in the United Nations Security Council.

“This is a victory for our region as a Zone of Peace (…) Today this session, despite who called it, has been an immense victory for peace and we must keep working in that direction”, said the Venezuelan diplomat.

In this same discursive line, he stressed that the main organ of the United Nations must ensure that the United States government discards threats of the use of military force against Venezuela.

And in this regard, he cited Article 2 of the UN Charter that states in its fourth paragraph: “The Members of the Organization, in their international relations, shall refrain from resorting to the threat or use of force against territorial integrity or against the political independence of any State, or in any other way incompatible with the Purposes of the United Nations”.

In his second speech before the Security Council, the People’s Power Minister for Foreign Relations rigorously denounced the consequences of the coercive measures that Washington has unilaterally imposed on Caracas.

“These sanctions have affected our fundamental company (PDVSA), the heart of the Venezuelan economy, have affected the ability of our country to cross their own bonds and state papers, to seek funding in multilateral agencies”, he specified.

FM Arreaza suggested, in parallel, that the Security Council should call the parties in controversy in Venezuela to the understanding and ratified the Bolivarian Government’s willingness to establish a mechanism for national dialogue.

“There is no way to do politics in a democracy and in a revolutionary democracy if it is not by sitting down and especially with our political adversaries and with those who have different positions, fundamentally there should be dialogue”, he added.