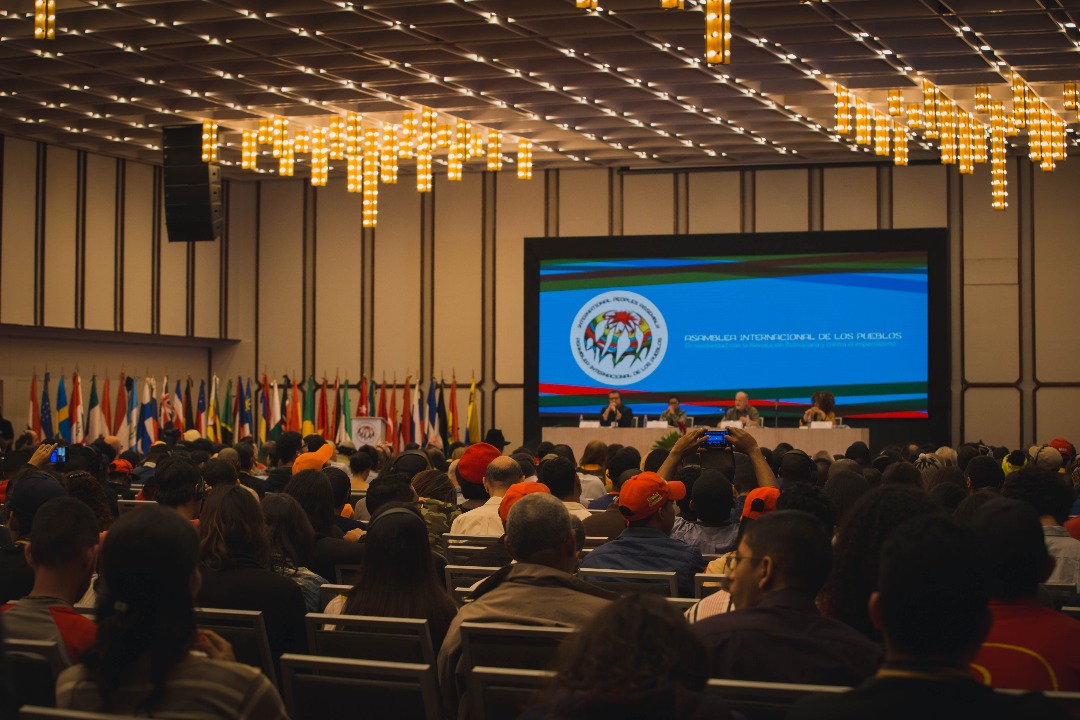 This Monday, the second day of the International Assembly of the Peoples (AIP) took place, which brings together 400 representatives of social movements and political organizations from more than 80 countries of the world who have arranged the creation of working groups to discuss the actions of international solidarity with the Bolivarian Revolution.

During these workshops, interesting proposals that build the counter-offensive against imperialism have emerged.

For his part, João Pedro Stédile, of the Movement of Rural Workers without Land, of Brazil, said that “at this moment all the delegates are distributed discussing what concrete actions to take, because we have not come to social tourism, but to assume the commitment to return to our countries to keep fighting against imperialism that seeks to seize Venezuela and its oil”.

In this sense, Stédile said that one of the main ideas they handle is to declare this March 6, as the International Day of Solidarity with Venezuela.

The Brazilian delegate also stressed that “this proposal has come from the popular movements of the United States, who have also committed to make a march towards Washington”.

For his part, the Puerto Rican sociologist, Ramón Grosfoguel, declared that “the imperialists are coordinated, and this can be seen when Trump approves an aggression against Venezuela and then the European Union and Canada take sides with Trump”.

In this sense, Grosfoguel indicated that “this assembly has the function of coordinating anti-imperialist struggles for the first time. We can not remain fragmented when the imperial forces always act together”.

It should be noted that from the International Assembly of the peoples, it is hoped that in the coming days until its closure, on February 27, this scenario will focus on the debate on popular sovereignty, financial capital, tax havens, decent jobs, social rights, human rights, migrations, refugees, LGBT community and feminist, afro-descendant and indigenous struggles.