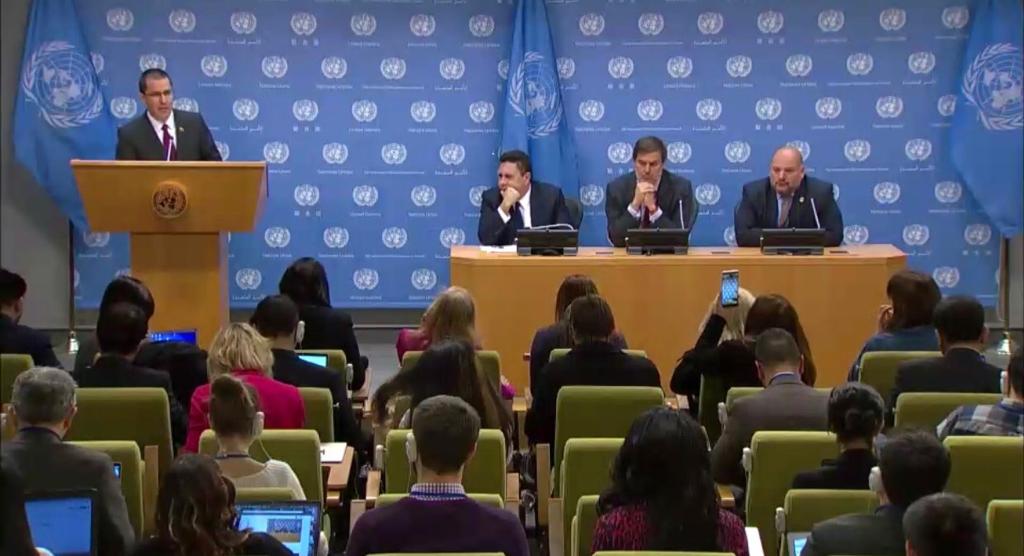 “A meeting with Elliot Abrams is pending to finalize the proposal of the Interests Office, but everything depends on respect”, said the Foreign Minister of the Bolivarian Republic of Venezuela, during a press conference offered yesterday to international media from the headquarters of the Organization. of the United Nations, (UN), in New York.

The Venezuelan diplomat confirmed that the talks with the US government are permanent and that he hopes to meet again with the US envoy to reach a respectful agreement between both parties so that Washington can maintain its diplomatic presence in the country.

The People’s Power Minister for Foreign Relations revealed that during the last meeting he addressed Abrams and said, “the coup failed, they could not, it is a victory of ours. Let us sit down and negotiate as adults and mature countries and look for international mechanisms of respect”.

From the podium of multilateralism stressed that “in Venezuela people are at peace, calm and that the economy is giving preliminary signs of recovery, but there are those directed from the United States intend to force situations to generate violence.

He said that on Friday, mechanisms for protecting the peace and sovereignty of Venezuela were agreed upon with more than 60 member states of the United Nations that oppose US interference. “Imperialism in the world is in extinction, is kicking drowned”, he said.