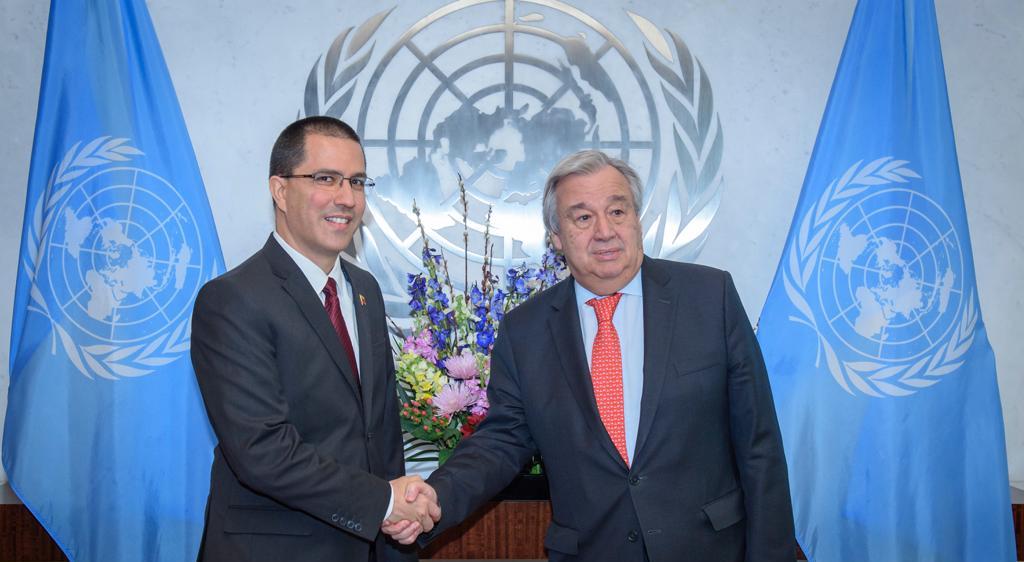 In the framework of strengthening relations of cooperation with the United Nations (UN), the Foreign Minister of the Bolivarian Republic of Venezuela, Jorge Arreaza, held Friday an important meeting with the Secretary General of the Organization, António Guterres.

The objective of the meeting was to create mechanisms that allow establishing a political dialogue between the Bolivarian Government and the opposition in favor of understanding, peace and peaceful settlement of disputes.

Both diplomats also advanced towards the terms of Humanitarian Technical Assistance agreed with the UN on food and health to counteract the induced economic war.

This Thursday, President Nicolás Maduro Moros, announced the coordination of a Humanitarian Technical Assistance through the UN for the supply of food, medicines and medical supplies that will be paid according to the conditions defined by both parties.

It should be noted that the United Nations Organization has reiterated on several occasions its refusal to position itself in favor of the self-proclaimed president, Juan Guaidó, affirming that the Agency acts only in coordination with the Constitutional and Legitimate Government of Venezuela recognized by the member countries.