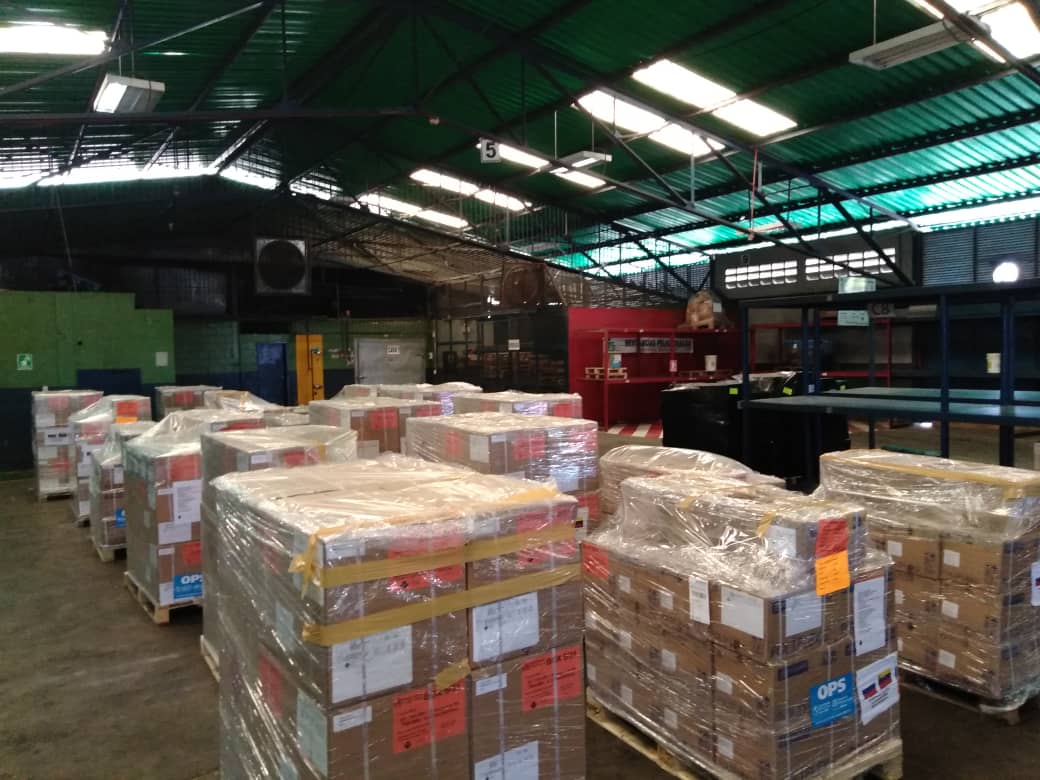 President Maduro: 7.5 tons of medicines arrive from Russia and PAHO

On Thursday afternoon, 7.5 tons of medicines from Russia arrived in the country, informed the president of the Bolivarian Republic of Venezuela, Nicolás Maduro.

“A lot of medicines are arriving in Venezuela today … A set of medical supplies is arriving by air, through cooperation between the Russian Federation and the Pan American Health Organization (PAHO)”, the National President said during a working day of the health area, from the Miraflores Palace.

It treats, detailed Maduro, of 108,428 units of medicines and equipment, among which include paracetamol, ampicillin, diazepam, digoxin, dopamine, sodium chloride solution, gentamicin, hydrocortisone, lidocaine, penicillin, salbutamol, sulfadiacin, among others, to strengthen emergency services in the Ruiz y Páez hospitals of the Bolívar state; Ana Francisca Pérez de León in Miranda and the peripheral of Catia, in Caracas.

From this space, Maduro recalled that despite the economic war that runs US imperialism against the country, which prevent the direct and free purchase of necessary medicines and supplies for the people, the Bolivarian Government continues to respond to the Venezuelans.

In this context, he pointed out that Venezuela has great allies such as the United Nations System, PAHO and nations such as Cuba, Russia, China, Turkey, India and Palestine, which contribute to supply the nation with medicines and medical equipment.

“They are coming to Venezuela every week, permanently, all the medicines that we need and the Bolivarian Government pays them. It is humanitarian assistance, humanitarian support because it is overcoming a blockade, but Venezuelans are not beggars of anyone and that is why we proceed to pay all our obligations”.