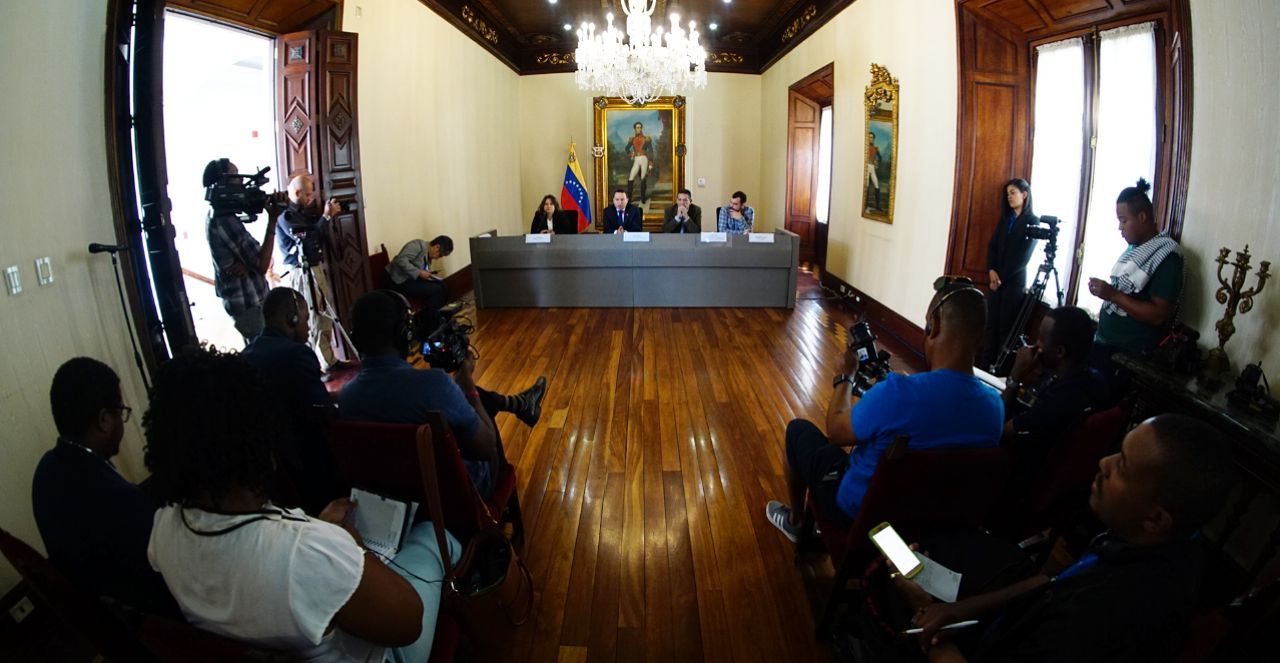 In order to keep showing the truth of Venezuela and to dismantle the international media campaign carried out by the de facto powers that intend to position a failed State in the Caribbean nation, the Vice-ministry for the Caribbean of the People’s Power Ministry for Foreign Relations carried out this Thursday a conference with delegates from the Caribbean media to expose the political and social context that crosses the Homeland of Bolívar.

The activity that was carried out in the Yellow House Antonio José de Sucre, in Caracas, counted with the participation of Raúl Licausi, Vice-minister for the Caribbean; William Castillo, Vice-minister of International Communication; William Serafino, journalist and editor-in-chief of Misión Verdad and Olga Álvarez, constitutional lawyer.

In his speech, Vice-minister Licausi gave a brief exposition of the latest events in Venezuela, highlighting the consequences brought by the economic and financial blockade imposed by the United States government in its eagerness to seize the riches of the Caribbean country and overthrow the constitutional government of President Nicolás Maduro, who maintains his firm position to defend peace and national sovereignty.

Likewise, Licausi highlighted the position of the countries of the Caribbean Community (Caricom) who joined the dialogue proposal as a mechanism to solve the political situation that Venezuela is going through.

For his part, the Vice-minister of International Communication, William Castillo, said that one of the central elements that is played in Venezuelan politics, in addition to the blockade and diplomatic aggression, is journalistic coverage, the treatment given to the news which is accompanied by a high level of misinformation about the national reality.

“It is likely that you will receive news about the apparent suffering that is affecting the people of Venezuela, such as the millions of people who are migrating out of the country.

Some media chains such as CNN recently pointed out that if President Nicolás Maduro continues to govern, at least 10 million Venezuelans will emigrate from their country, which shows that these corporations handle their information without any statistical support”, Castillo said.

Castillo said that while it is true that the Caribbean nation is experiencing economic difficulties due to the decrease in the price of oil and the international blockade, the Venezuelan reality has been misrepresented, hiding the efforts made by the National Government to boost the economy.

He added that on “the false news” that is disseminated about Venezuela, it is intended to encourage a foreign and military intervention also justified in a supposed “humanitarian crisis”.

Meanwhile, the chief editor of the media Misión Verdad, journalist William Serafino, said that in order to understand the current situation in Venezuela, it is necessary to analyze the behavior of the opposition leadership since 2015 and the US-Venezuela relations, with the declaration of unusual and extraordinary threat made by former President Barack Obama.

“This Executive Order places Venezuela at risk for the United States, making this action the first legal step that justifies both the financial blockade and the set of non-Constitutional devices to lead to the overthrow of President Nicolás Maduro”, he explained. 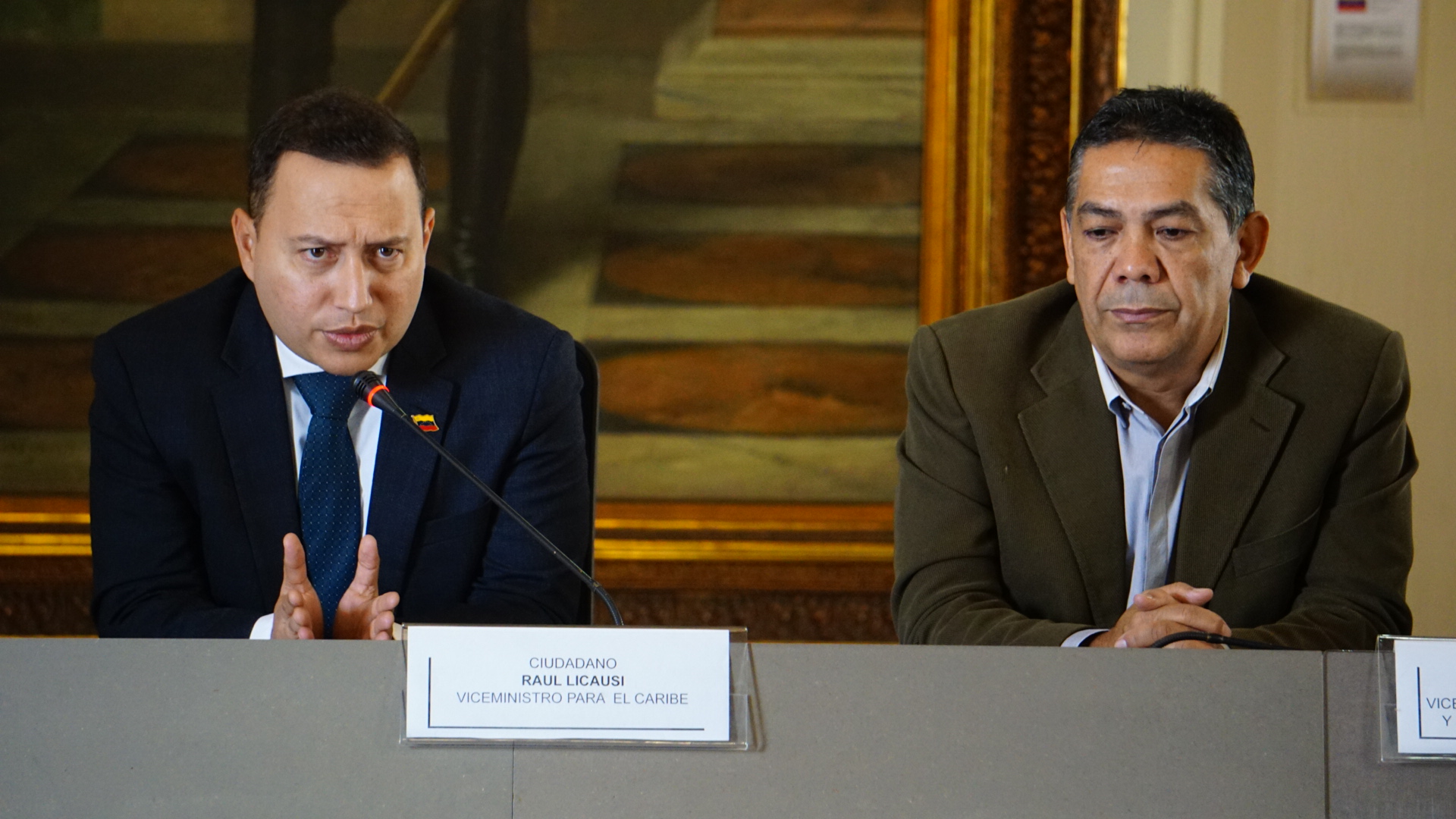