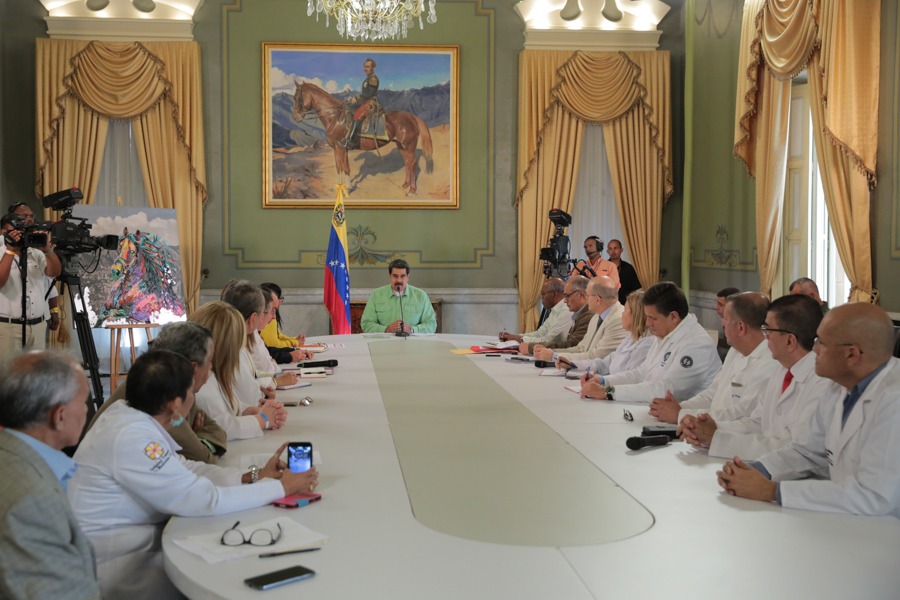 The real intention of the US government headed by Donald Trump is oil. This was stated by the President of the Bolivarian Republic of Venezuela, Nicolás Maduro Moros, who showed the book The Threat, where its author, the former deputy director of the Federal Bureau of Investigation of the Federal Bureau of Investigation (FBI) Andrew McCabe, revealed a series of secrets of the first actions that president Trump executed at the beginning of his mandate.

“He revealed a set of secrets that say that Donald Trump barely reached the presidency in 2017, he planned to wage a war against Venezuela to seize the oil, which he saw, that he heard”, said the dignitary.

He offered details of the content of this book: “He says that he was in a meeting at the White House so President Trump talked about Venezuela. “This is the country with which we should go to a war, they have all that oil and they are right in our back door”, he said.

Data in which it is evident, from a source close to the White House, that imperialism does not intend to help Venezuela in a “humanitarian” manner, on the contrary, its interests respond only in seizing the oil and all the Venezuelan natural riches.

“What we are experiencing today, is because of the Venezuelan oil, all the measures, the failed coup attempt in Venezuela, all the international aggression, all the psychological warfare comes from a single matrix to seize Venezuela’s oil! (…) It is the vision they have, the imperialists, that we are their backyard”, he said.

He added that McCabe ends by saying that Trump “continued to ramble and spit everything that went through his mind”, which justifies the show that “they put a puppet who proclaims himself for a coup d’etat”.

“There is where the truth of why we are going to defeat Donald Trump is going to be revealed” and all his macabre dreams against this country, he emphasized.