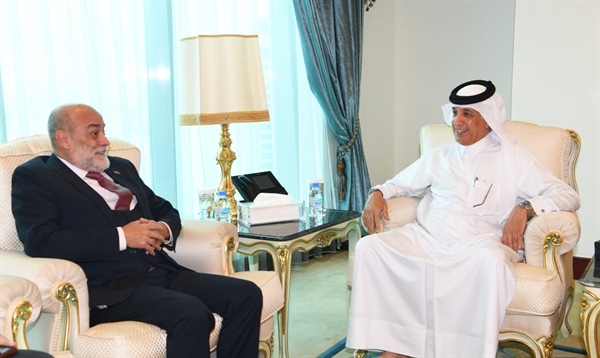 The occasion was propitious to discuss issues of common interest between both nations, which will strengthen the areas of economic, social and cultural development whose objective will benefit the people.

The meeting was attended by the ambassador of the Bolivarian Republic of Venezuela in Qatar, Giuseppe Yoffreda.

In recent years Qatar and Venezuela have strengthened their commercial relations with the signing of multiple bilateral agreements in the economic, judicial, customs, sports and air transport areas.