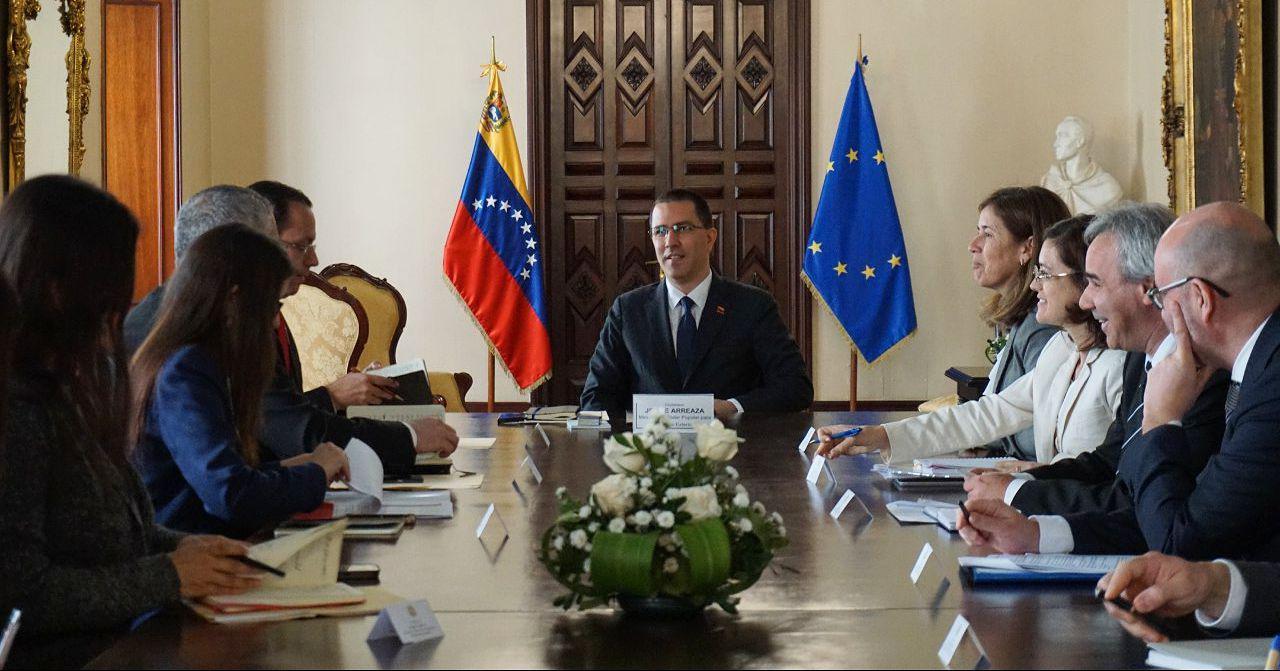 The Foreign Minister of the Bolivarian Republic of Venezuela, Jorge Arreaza, held an important meeting on Wednesday in Caracas with representatives of the International Contact Group, established on February 7 in Uruguay, in compliance with the instructions of President Nicolás Maduro focused on preserving the peace of the South American country.

During the high-level meeting, which took place in the Antonio José de Sucre Yellow House, the People’s Power Minister for Foreign Relations stressed the need to move towards the establishment of a national dialogue mechanism without external conditioning or interference, which would make it possible not only for the political understanding between the parties in controversy but also the preservation of the peace and the economic recovery of the nation.

In the framework of the meeting of the Montevideo mechanism, on February 7 the representatives of the European nations that make up the so-called International Contact Group: France, Germany, Italy, the Netherlands, Portugal, Spain, Sweden and the United Kingdom, met in parallel, adopting an interventionist declaration that, among other aspects, seeks to ignore the will of the Venezuelan people manifested on May 20.

Dialogue is the way

On February 15, when the Bicentennial of the Angostura Congress was commemorated, President Nicolás Maduro ratified his government’s willingness to initiate a new phase of national dialogue that includes sectors of the opposition, with the supreme objective of preserving peace in the country.

“I am waiting for the convocation of a sovereign national dialogue that was approved at the meeting where the government of Mexico, Uruguay, Bolivia and the 14 Caribbean governments were, I am at service of the Montevideo Mechanism which comes with constructive proposals, to seek peace, harmony in Venezuela”, stressed the President on that occasion.

The Head of State emphasized that dialogue should be the way to resolve political controversies and find possible solutions to the current situation of the Republic.