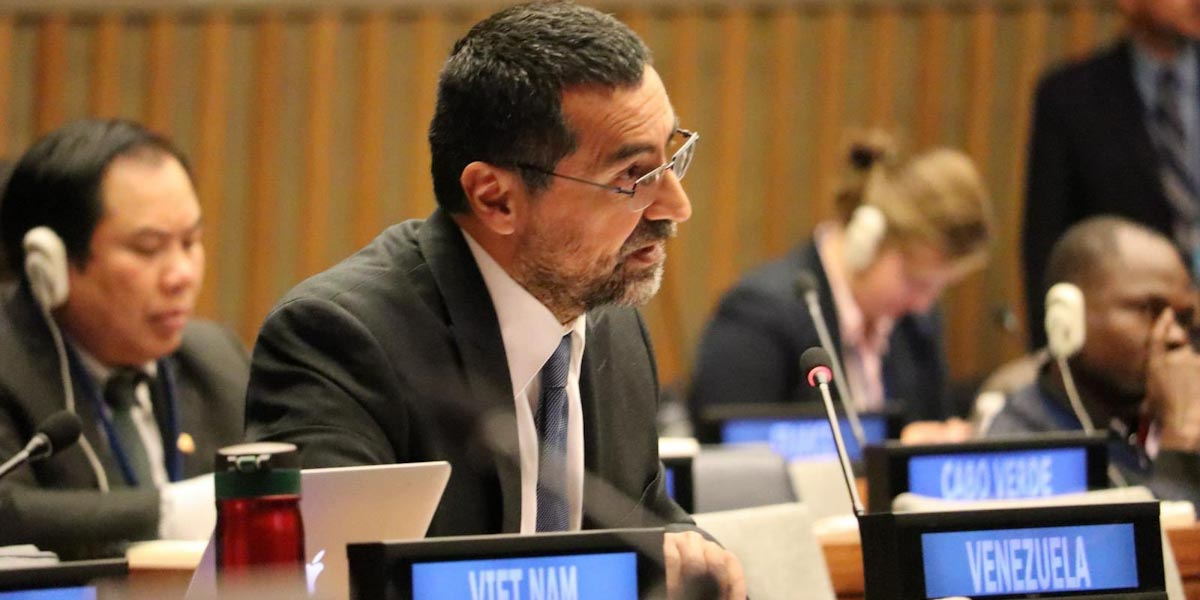 This Tuesday, during a meeting of the Special Committee of the Charter of the United Nations, the Bolivarian Republic of Venezuela condemned “the practice of some member states of the UN that constantly resort to the threat or use of force against other States, in clear violation of Article 2.4 of the Charter, such as the one currently carried out by the government of the United States against our country”.

This was reported by the Alternate Ambassador to the UN, Henry Suárez, who stressed that this type of action is a “clear example of contempt for the rules of international law that endanger regional peace and security”.

In this regard, the Venezuelan diplomat urged the immediate cessation of all criminal aggressions of the US government and its “coalition of allies” against the human rights of the people of Venezuela and their territorial and economic integrity. At the same time, he requested the good offices of the Special Committee and the Member States to join efforts so that the regulations and principles of the Charter are respected by all parties, since it constitutes the guarantee of peaceful coexistence among nations, to achieve results that serve the common good of the international community.

“Venezuela has never been a threat to peace and security neither regional nor international, much less to the main world power, because in the more than two hundred years of republican life, we have not invaded, ousted governments, bombed, neither established military bases, nor clandestine prisons anywhere in the world. On the contrary, the Venezuelan people are friendly and peaceful, and the challenges we face today have been exacerbated by the application of unilateral coercive measures by the US administration”, he said.

At the end of the speech, Ambassador Suarez reminded those present that Venezuela has always been a faithful defender of the purposes and principles of the UN Charter, and does not represent any type of threat. “We will keep defending and supporting all the efforts of countries that love peace and respect for peaceful coexistence among nations to strengthen the role of the Charter and of this Organization”.