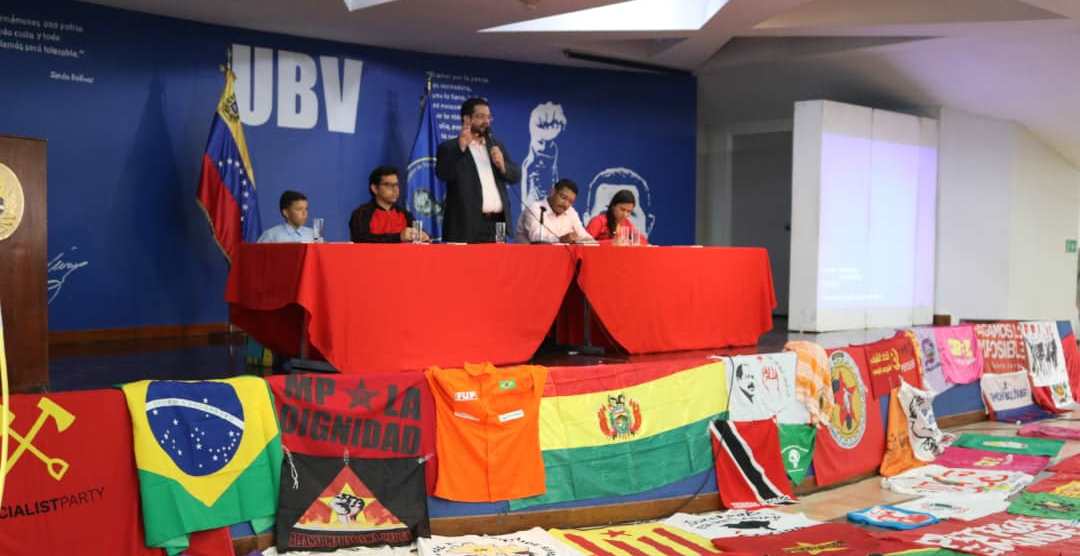 From the Bolivarian University of Venezuela (UBV), in Caracas, the II Encounter of the Che Guevara Internationalist Brigade was held, where about 200 young revolutionaries from four continents and 45 different nationalities gathered to see the climate of peace that lives the Homeland of Bolivar, in spite of the constant coup attempts that the US government offers to overthrow the president, Nicolás Maduro Moros.

The activity was chaired by the rector of the UBV, Cesar Trompiz, who expressed his pleasure with the visit of the brigadists, “we are happy that they are here, so that they travel through Caracas and tell the truth of Venezuela in their respective countries. We who work for the inclusion of young people in public education, free and of quality, we want to share this inclusion with all of you and invite you to study at this university founded by Commander Hugo Chávez”.

In his speech the Rector extended his invitation to young people to know the results obtained during the years in Revolution, which follows a process of construction of an increasingly sovereign and independent Venezuela, also exposed the role of the press in the different regions who have devoted a large part of their space to create a false opinion matrix about the daily reality of the Venezuelan to cover the internal problems in their countries.

The rector Cesar Trompiz also urged the debate on the privatization of university education in the United Nations and said that private education should be the enemy of humanity.

The Bolivarian University of Venezuela was created in 2003 under presidential decree, to serve as the tip of the Mission Sucre program, aimed at serving popular sectors traditionally excluded from university education institutions.