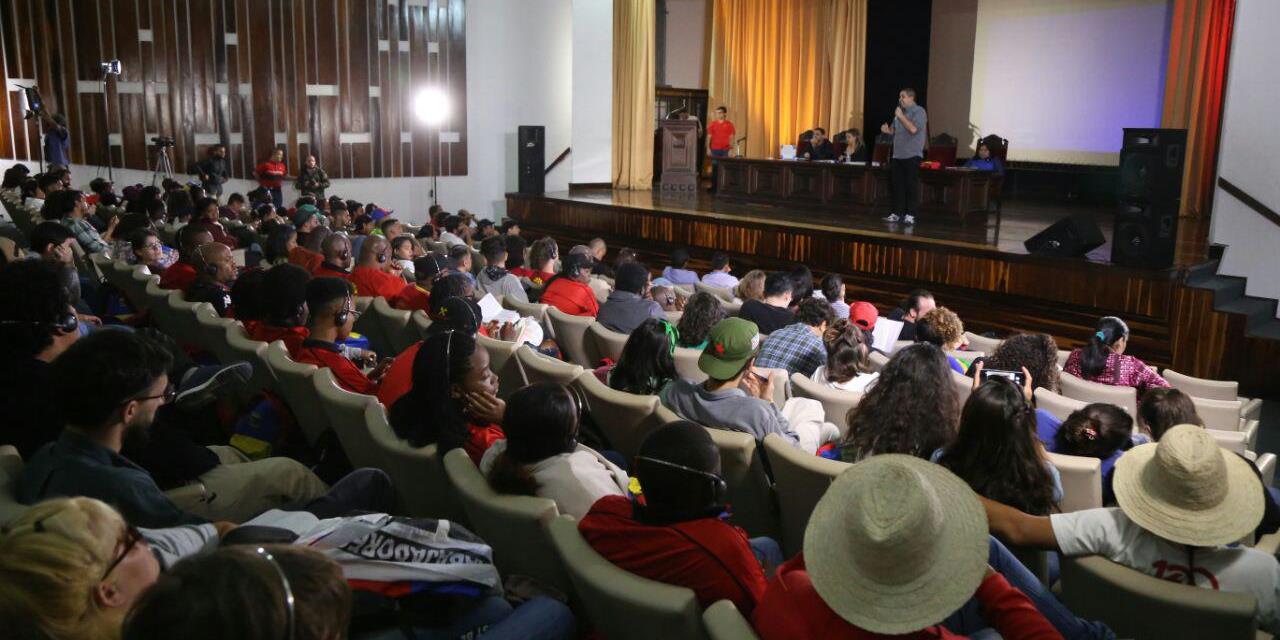 The National House of Letters Andrés Bello in Caracas was the scene this Sunday of the meeting held by the members of the “Che Guevara” Internationalist Brigade, an organization made up of around 200 young militants of the world, with representatives of the youth political leadership of the Bolivarian Republic of Venezuela.

In his opening words, the political leader of the Venezuelan youth Rander Peña established the framework in which this important activity was developed, which is part of a series of events to be held as a prelude to the International Assembly of the Peoples that will be held held in the South American country from February 24 to 27, 2019.

The young man reflected on the media campaign on the current situation of the Bolivarian Republic of Venezuela that has been orchestrated internationally, trying to project to the world an image of chaos in the country.

The intervention of Peña preceded the one of Fidel Madroñero, who deepened and made a meticulous analysis of the political context in the communicational field.

“There is a matrix that today they intend to sow in the consciences of the world that Venezuela is at war, and that Venezuela needs humanitarian aid, the same that they gave to Libya, Syria, and Iraq, according to them we also need it, but that it’s not true”, said Madroñero.

In this same discursive line, he established a parallelism between the coup d’état executed against Commander Hugo Chávez in April 2002 and the current coup attempt in the country, which seeks to overthrow President Nicolás Maduro.

Madroñero emphasized – equally – a common element in both blows: the immediate recognition of the United States to the self-proclaimed “president of Venezuela”; in 2002 to Pedro Carmona Estanga and currently Juan Guaidó.

“Today’s fight is the fight of yesterday and will be tomorrow’s”, he warned after synthesizing the constant destabilizing actions promoted in the nation by sectors of the Venezuelan opposition with the support of Washington.

The members of the “Che Guevara” International Brigade aspire to know the Venezuelan reality from the territory to demystify what is really happening in the Bolivarian Republic. 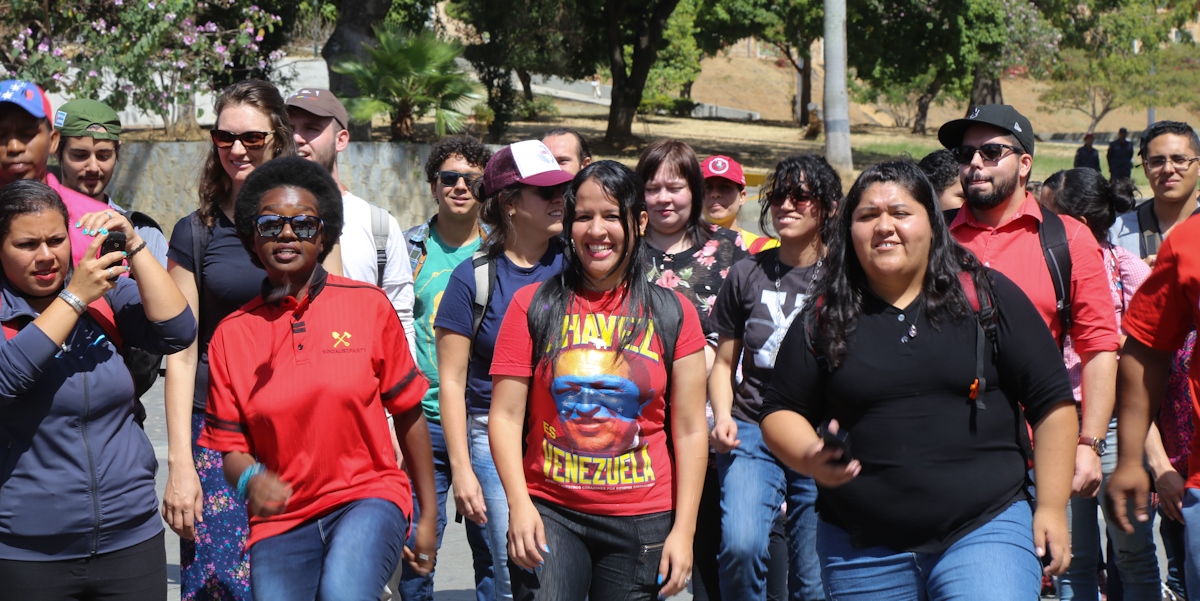