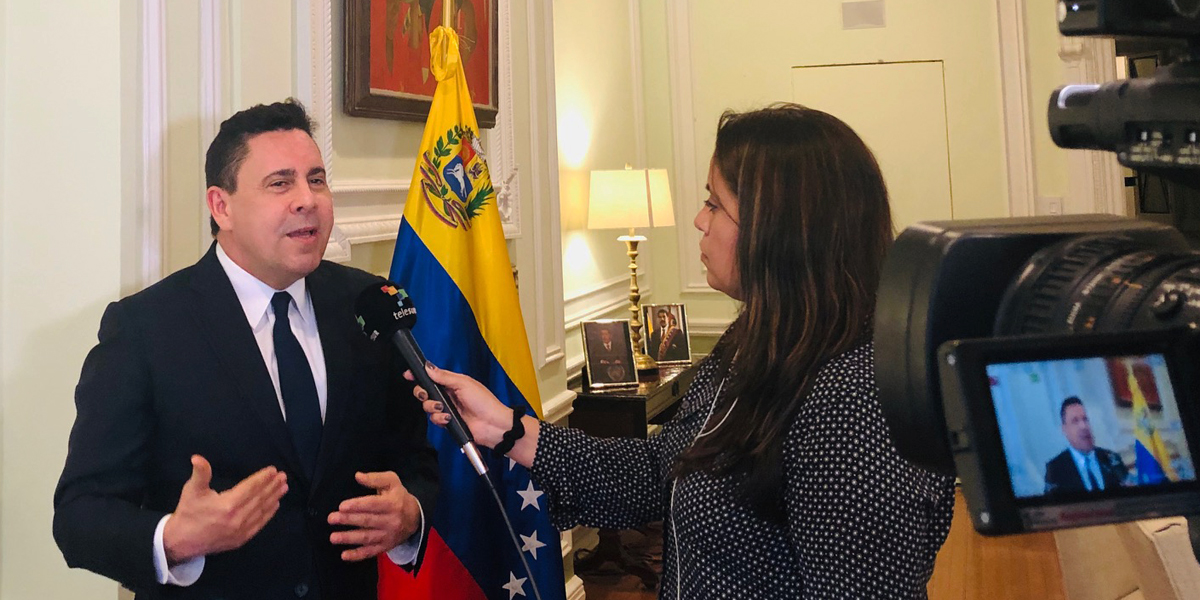 Ambassador Moncada: The US must guarantee rights to diplomats before multilateral organizations

The ambassador of the Bolivarian Republic of Venezuela to the Organization of American States (OAS) and the United Nations (UN), Samuel Moncada, denounced the restrictions imposed by the US government against him and other Venezuelan diplomats in the North American nation, after his intervention this Friday in the Permanent Council of the continental forum.

“Yesterday, as they did not like the speech we gave at the OAS, they imposed restrictions on the movements of the diplomats in New York, so that we can not go to the OAS physically (…) Now they do not want us to speak at the OAS, they forbid the diplomats of New York to leave 25 miles from the city so that I can not go to the OAS, that is in violation of the Treaty of the host country of the OAS”, he explained in an interview with Telesur.

This measure, emphasized Ambassador Moncada, constitutes a flagrant violation of the Charter of the OAS itself and the principle of international law, as well as being an abuse of power and an anachronistic arbitrariness.

In this context, he explained that the US administration enjoys the right to suppress visas for diplomats that are framed in a bilateral relationship, but is obliged to respect the rights of diplomats when they exercise functions in multilateral forums. In this case, he cited Article 132 of the OAS Charter which states: Attendance at meetings of the permanent organs of the Organization of American States or at conferences and meetings provided for in the Charter, or held under the auspices of the Organization, will be verified in accordance with the multilateral character of the aforementioned organs, conferences and meetings and does not depend on the bilateral relations between the Government of any member State and the Government of the host country.

“The government of the United States has the right or can without any problem eliminate the diplomatic visas and the bilateral relationship, but the United States government, if it wants the multilateral organizations such as the UN or the OAS to operate in North American territory, are bound by the ‘Treaty of the host country’ to respect the rights of diplomats when they work in these multilateral organizations”, he stressed.

Ambassador Moncada also questioned the arguments that support the illegal decision and reiterated that political-ideological differences should not impede the performance of Venezuelan representatives before multilateral organizations.

“They say that I am not a member of the OAS, but the Venezuelan government has the right to appoint its delegation to the OAS on each occasion. If they are angry with President Maduro that can not stop Venezuelan diplomats from acting in the OAS”, he added.

In this same vein, he denounced the claims of the United States and its continental allies to raise before the United Nations the political controversy in the oil country, based on the self-proclamation of Deputy Juan Guaidó as President in charge.

“They want to take that issue to sit a self-proclaimed there, to bring it then to the United Nations and say ‘the region has already rejected the Maduro government and we have a new government that we want you to recognize in the United Nations too’, that is the plot, the invention”, he warned.

Analogously, he warned about the mobilization of military forces to provoke a war in Venezuela. “It’s a perverse, diabolical, criminal plan that the same war criminals of the US government who made those plans in Iraq in 2003 are doing”.

Under the decision of the United States to restrict mobility to diplomats, the foreign minister of the Bolivarian Republic of Venezuela, Jorge Arreaza, informed that the Venezuelan State will evaluate the actions corresponding to the matter.

“We can not silence the voice of Venezuela in the OAS until April 27, which is the day we leave, nobody takes us out, nobody expelles us, nobody suspends us in the OAS, we decided to leave on April 27, 2017, a timely and pertinent decision of President Nicolás Maduro, the OAS Charter obliges us as a State to remain two years fulfilling functions regularly (…) Each time there is a Permanent Council there will be the voice, the verb and the truth of Venezuela”, Said, the People’s Power Minister for Foreign Relations also in an interview with Telesur. 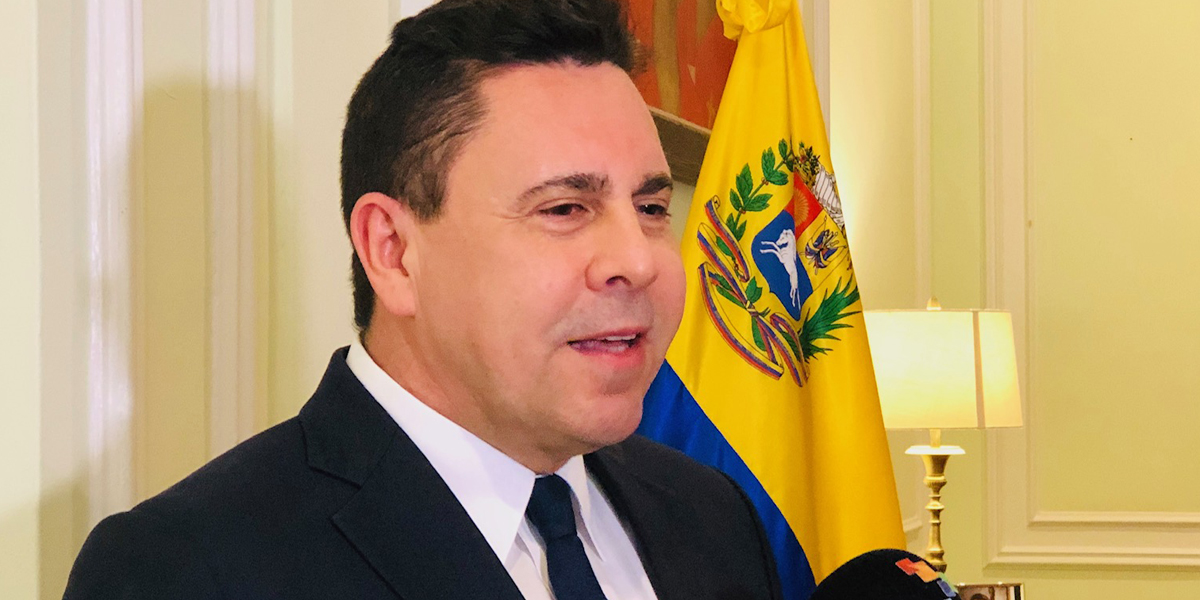