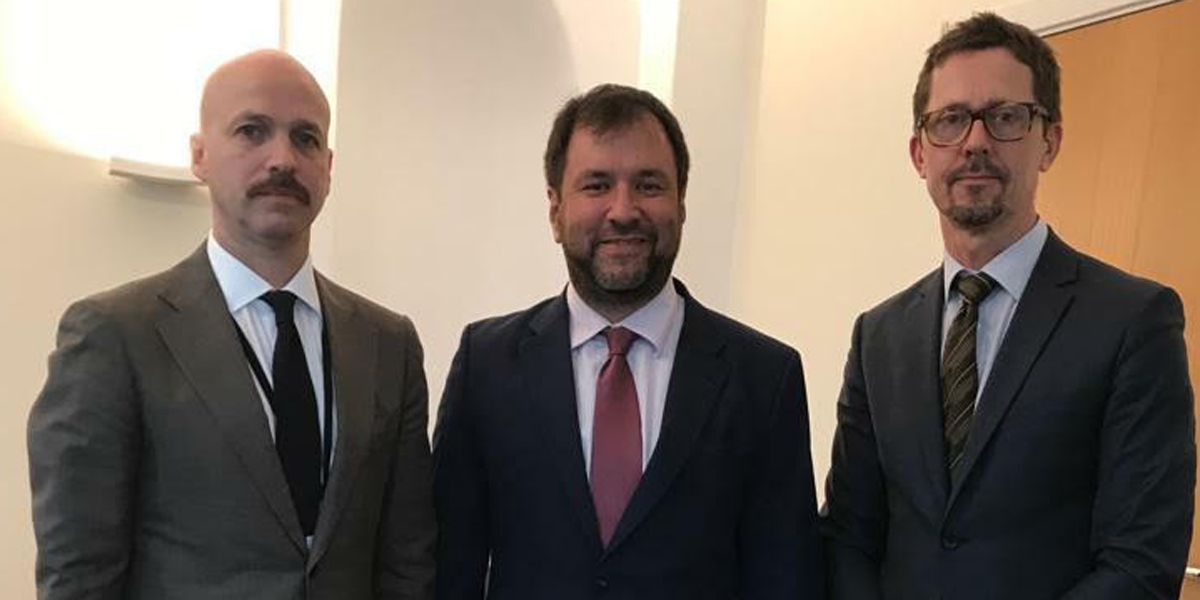 This Friday, during a working tour on the European continent, the Vice-minister for Europe of the Venezuelan Foreign Ministry, Yván Gil, held a meeting in the Kingdom of Norway with the Director General of Latin America, Haakon Gram Johannessen and the General Director of Reconciliation and Peace, Dag Nylander, with the intention of evaluating the national and international situation of the South American country and strengthening ties of cooperation.

From the headquarters of the Norwegian Foreign Ministry, the diplomat reiterated the will of the Constitutional President of the Bolivarian Republic of Venezuela, Nicolás Maduro Moros, to materialize the desired dialogue between government and opposition, as the National President has stated in his last speeches and statements to the press. Reiterating also the dignified position of the Bolivarian Republic of Venezuela, as an independent and sovereign nation, which does not submit to imperial impositions.

It should be noted that hours earlier, the Venezuelan Vice-minister held a meeting with the Diplomatic Adviser to the Prime Minister, Evangelos Kalpadakis, and with the Latin American and Caribbean director of the Greek Foreign Ministry, Dimitrios Zoitos.