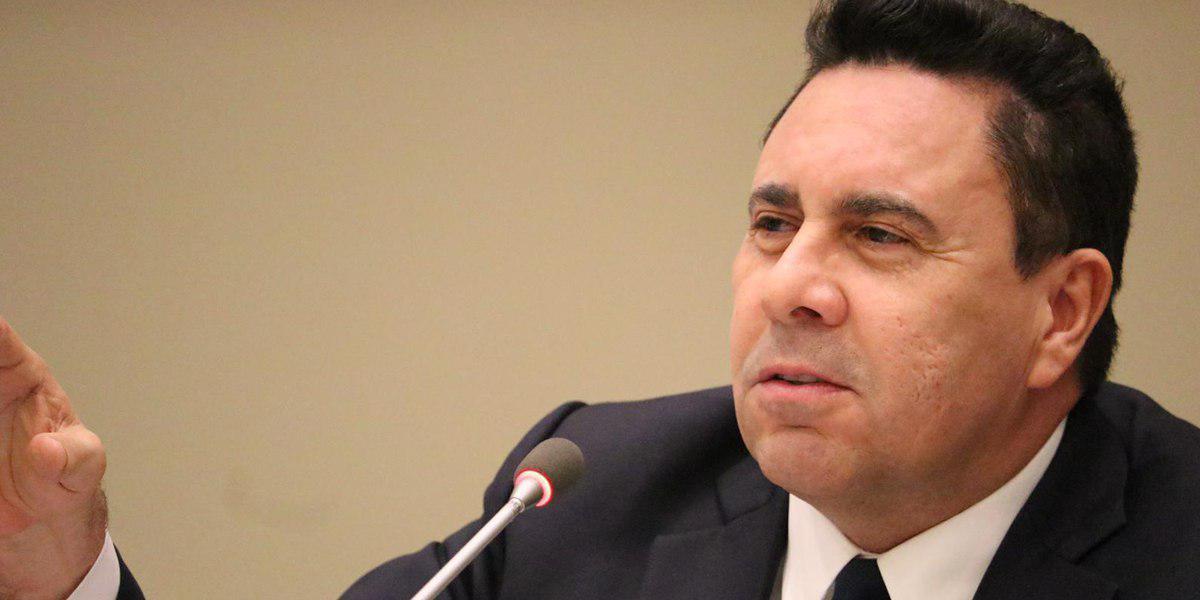 Samuel Moncada: The failed coup took away the disguise of the colonial invasion

The ambassador of the Bolivarian Republic of Venezuela to the Organization of American States (OAS), Samuel Moncada, stressed on Friday in the Permanent Council of the agency, that the alleged humanitarian aid is only a strategy of the US government to consolidate its colonialist conversion plan in Venezuela and reconquest in Latin America.

“It is the colonial humanitarianism that offers relief but ends up selling the war of conquest”, said the Ambassador, referring to the Trump government’s messages, which one day show interest in Venezuelan children and the next day threaten an invasion.

The Permanent Representative of Venezuela to the OAS, pointed out that the Venezuelan people should never receive the crumbs of those who want to loot it and use it as a hostage; being a media propaganda to justify the military force in the Caribbean country and seize its natural resources.

“It’s just a fraud, a maneuver, a manipulation (…) The US government stole 30,000 million dollars less than a week ago from the Venezuelan people, now they intend to help the sick people who are being killed by themselves (…) the same simulation of interest they love us but they kill us”.

The Diplomat stated that the contradictory actions of the Trump government are part of the colonialist project that is being developed with the help of the self-proclaimed president, Juan Guaidó, and some leaders of the Venezuelan ultra-right, who, in turn, show a policy of giving up the Venezuelan resources.

He assured that the deputy to the National Assembly in contempt, Juan Guaidó, obeys the exclusive orders of Washington and that the failure of the coup d’état is so notorious, that they have already abandoned the constitution to justify their actions, taking as maximum law their status of transition without elections and without recognizing other public powers.

“They do not pay salaries, they do not even order a police car, they do not produce an identity card, they do not open a school, nor produce a barrel of gasoline, it’s a fiction that serves to loot their masters in the United States (…) The failed coup took away the disguise of the colonial invasion”.

He said that these interventionist and colonialist plans designed by irresponsible governments are taking the region to an abyss while media propaganda deceives international public opinion.

On the other hand, he rejected the gross meddling of the White House National Security Adviser, John Bolton, who has threatened some countries about conducting oil business with the government of the Bolivarian Republic of Venezuela and its constitutional president, Nicolás Maduro Moros.

“It was Mr. Bolton, the same who today threatens India and other countries that buy oil from Venezuela, proclaimed himself colonial administrator of Venezuelan oil”

It should be noted that Bolton served as ambassador to the United Nations during the term of President George W. Bush and promoted the war on Iraq, also called to declare war on the Democratic People’s Republic of Korea and Iran, his name was floating by different charges – before Trump took office as president – particularly on foreign policy issues.

In his speech, Ambassador Moncada expressed pride in the Bolivarian National Armed Forces (FANB) and Venezuelan diplomats who worked in the United States.

He also denounced the continuous attempts of bribes and threats received by the Venezuelan military, which have never doubled their will and loyalty.