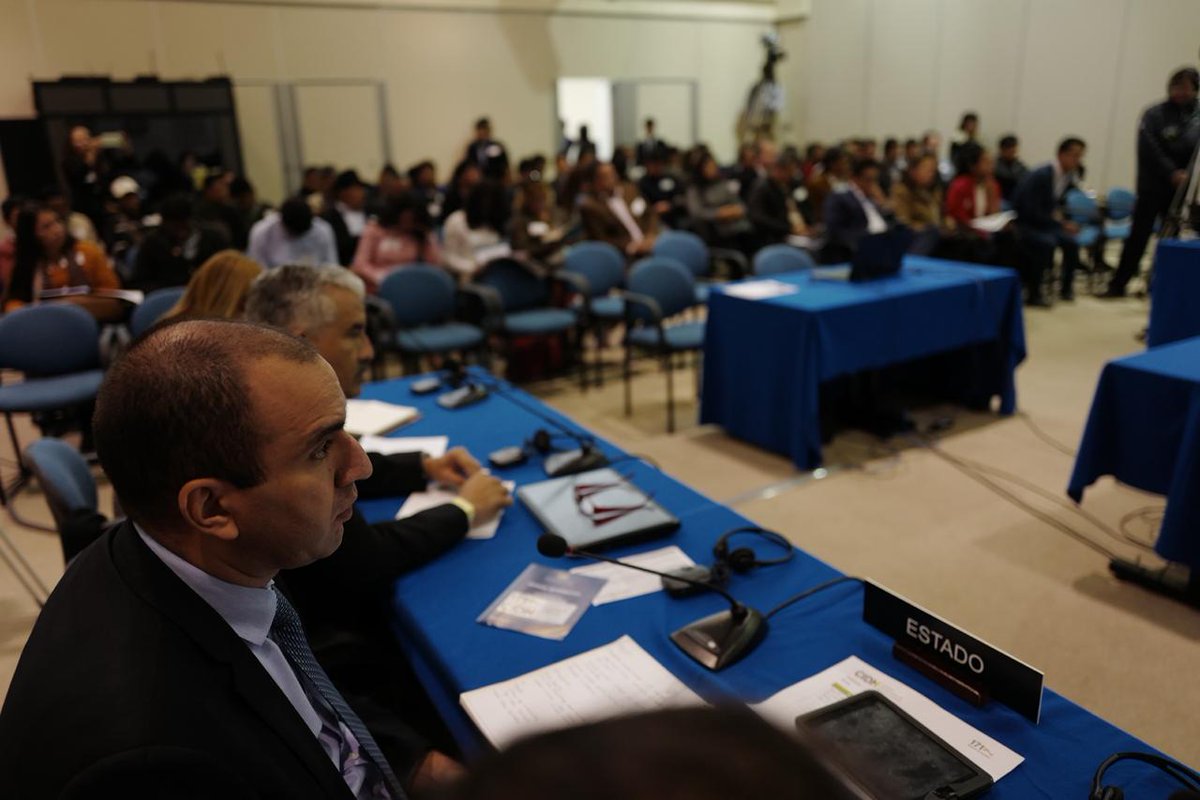 During the 171 session of the Inter-American Court of Human Rights held in the Plurinational State of Bolivia, the Vice-minister for Social Work Process, José Ramón Rivero, questioned the aggressions carried out by the US government, which have affected the national economy through the implementation of methods such as the rise in the prices of the products of the basic basket, which generates the decrease in the purchasing power of the Venezuelan population.

Rivero, who was accompanied by the Executive Secretary of the National Human Rights Council, Larry Devoe, and the Vice-minister of Education and University Management, Andrés Eloy Ruíz, pointed out that despite the constant attacks perpetrated by the imperial powers, the National Government presided by the Head of State, Nicolás Maduro, has taken measures to guarantee the peace of the Republic and the full development of the human, social, economic and political rights of Venezuelans.

“It has not been a simple task, the economy in the first presidential term of President Nicolás Maduro suffered the loss of 19,000 million dollars a year motivated to suffocate the financial and economic blockade executed by the government of the United States and the European Union”, he said. .

Rivero also indicated that in Venezuela there is no labor discrimination or rejection towards syndicates, in the last 20 years of the Bolivarian Revolution the syndicates were increased, going from 4,198 to 6,560 which represents 56.3%.

“In Venezuela there is no persecution of labor union leaders for their participation in political days and protests (…) In our country we have a strong and vigorous sector of labor unions”, he said.

In economic matters, Rivero ratified the Bolivarian Government’s willingness to protect the salaries and purchasing power of the Venezuelan population, which is why the salary increase was carried out from 1,800 to 4,500 and then to 18,000 bolívares, including additional measures by the allocation of benefits through the Carnet de la Patria instrument.

“There is a willingness on the part of the government to protect workers’ wages and that is why we fully comply with the protocols established. The 84% of the population receives salaries above the minimum wage, regardless of the aid given through the Carnet de la Patria”, he explained.

But these measures, assured the Vice-minister, have been constantly attacked by the factical powers with the irrational increase of prices in the products and the destabilization of the currency.