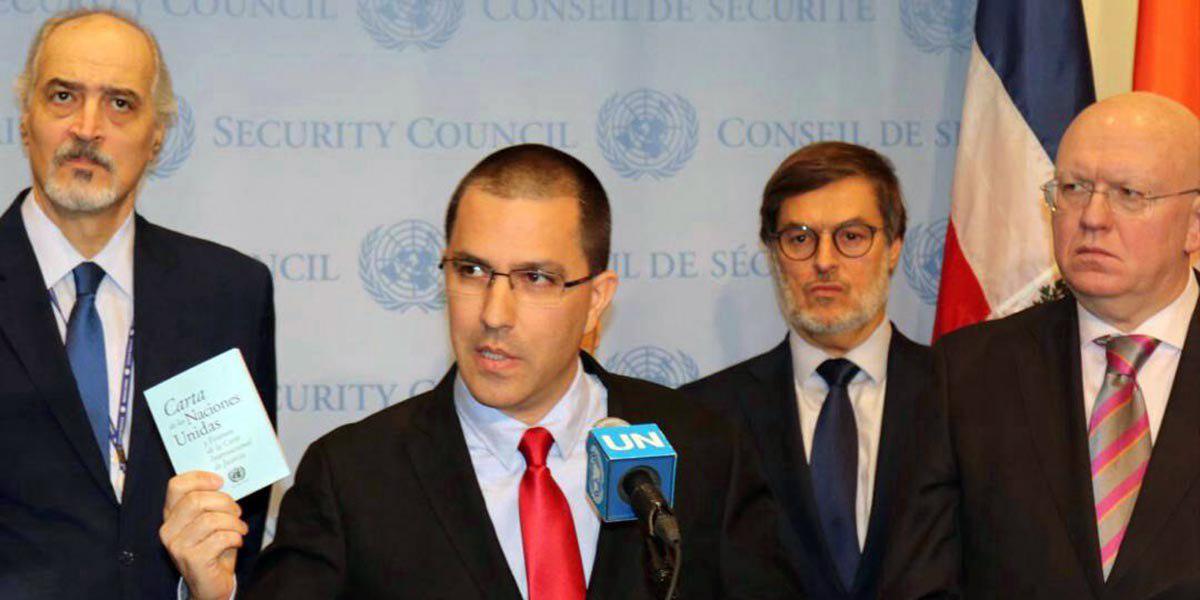 From the headquarters of the United Nations (UN) in New York, the Foreign Minister of the Bolivarian Republic of Venezuela, Jorge Arreaza, announced on Thursday the integration of an important group of member states of the multilateral organization, who share the concern for the need to maintain respect for the principles of the fundamental Charter that governs the behavior of the international community.

Accompanied by some representatives of the member countries of this coalition, including China, Russia, North Korea, Iran, Saint Vincent and the Grenadines, Barbados, Suriname, Palestine, Syria, Cuba, Nicaragua and Bolivia, the Venezuelan diplomat gave reading to the joint declaration of the alliance:

Today, we intend to announce that an important group of Member States of the United Nations, concerned about the need to maintain respect for the principles of the fundamental Charter that governs the behavior of the international community, decided to organize ourselves to coordinate actions that defend the Charter and the rights of all member states.

We are an important group of countries that are sure that the majority of the members of the Organization are sharing the same interests and that is why we will work to defend the following principles:

1) Respect for the principle of equal rights and self-determination of peoples (Article 1.2 of the UN Charter)

2) Respect for the sovereign equality of States (Art 2.1 of the UN Charter)

3) The impulse of peaceful resolution of international controversies in order to never endanger peace and international security (Article 2.4 of the UN Charter)

5) Respect for the territorial integrity and political independence of all States (Article 2.4 of the UN Charter)

6) Non-interference in the internal affairs of States (Art 2.7 of the UN Charter)

We believe that these principles are being violated, putting at risk the right to peace and security of our peoples, the right to development and the full enjoyment of Human Rights. We all have the right to live without the threat of the use of force or the application of unilateral coercive measures.

In the next few days we will begin a series of actions as a group to raise awareness about the dangers that our people face today and especially, the people of the Bolivarian Republic of Venezuela.

We call on all the Member States of the United Nations to unite in the defense of international law as the only guarantee for the peaceful coexistence of this humanity.

After reading the document, Foreign Minister Arreaza denounced that in the case of Venezuela, these principles and other purposes of the Charter of the United Nations are being openly violated by foreign powers. 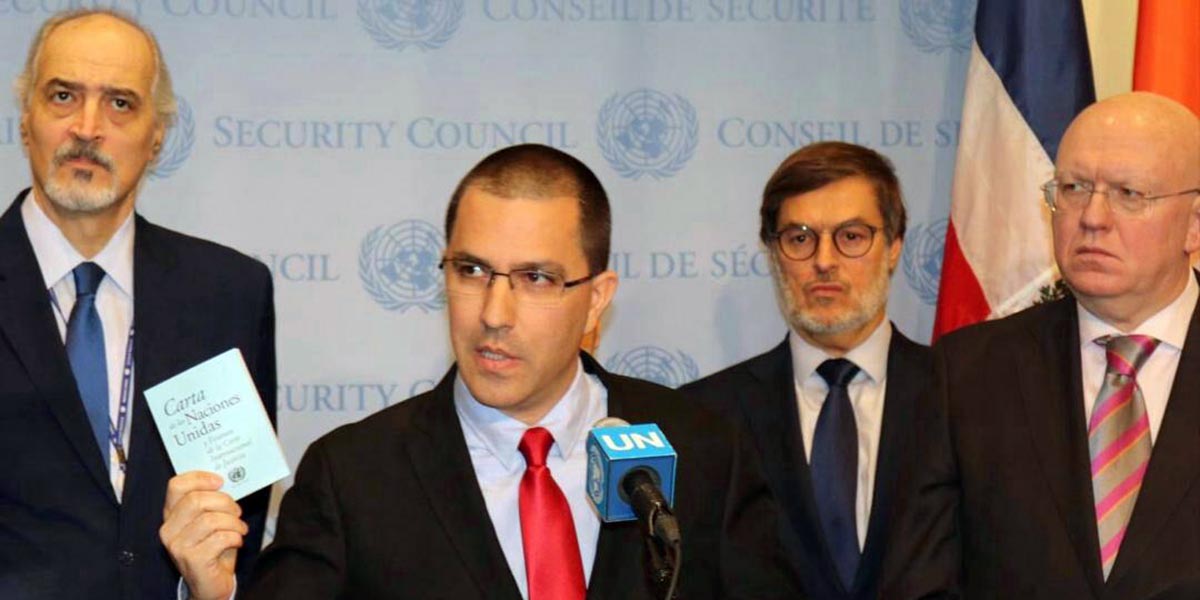