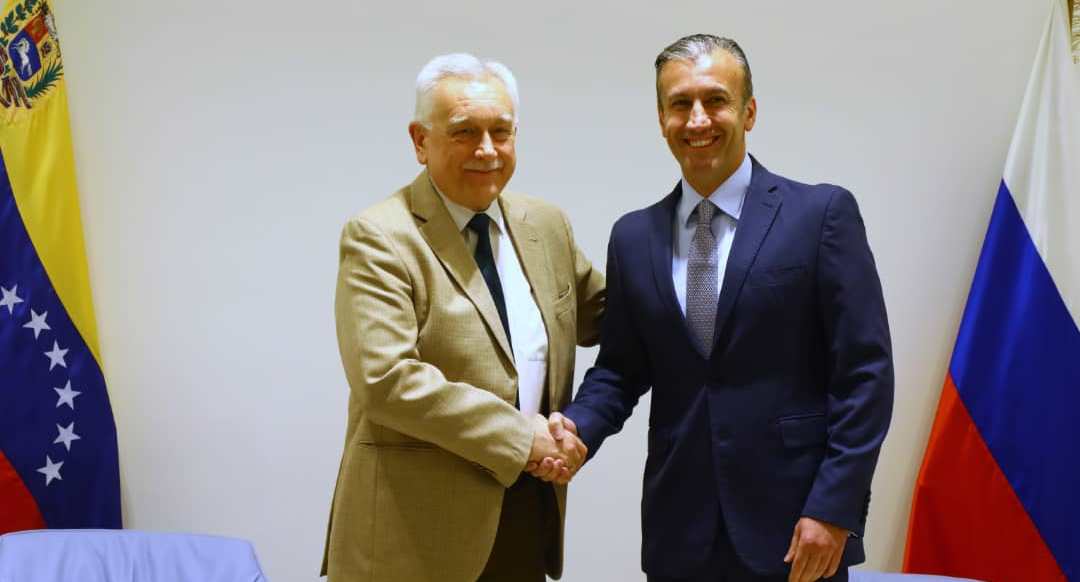 On Tuesday at the headquarters of the People’s Power Ministry of Industries and National Production, the Vice President of the Economic Area, Tareck El Aissami, met with the Ambassador of the Russian Federation to the Government of the Bolivarian Republic of Venezuela, Vladimir Zaemskiy, to consolidate economic cooperation projects between both nations.

The meeting was also attended by the People’s Power Minister of Economy and Finance, Simón Zerpa.

On behalf of the Russian delegation were the Commercial Counselor, Valentín Matsenko, the third Secretary, Alexander Stepunin and the Deputy Representative of the Technical-Military Cooperation Service, Alexander Starykh.

Last October the high officials of both countries met to review the cooperation agreements signed since 2001 under the Economic Recovery, Growth, and Prosperity Plan.

To date, there are 261 binational agreements in the energy, industrial and construction areas; In addition, others were incorporated in medicinal, tourism, agriculture and mining. 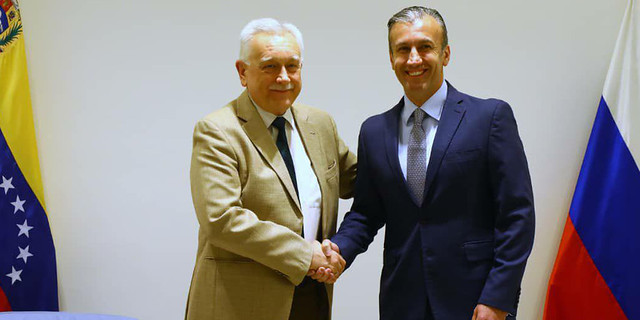