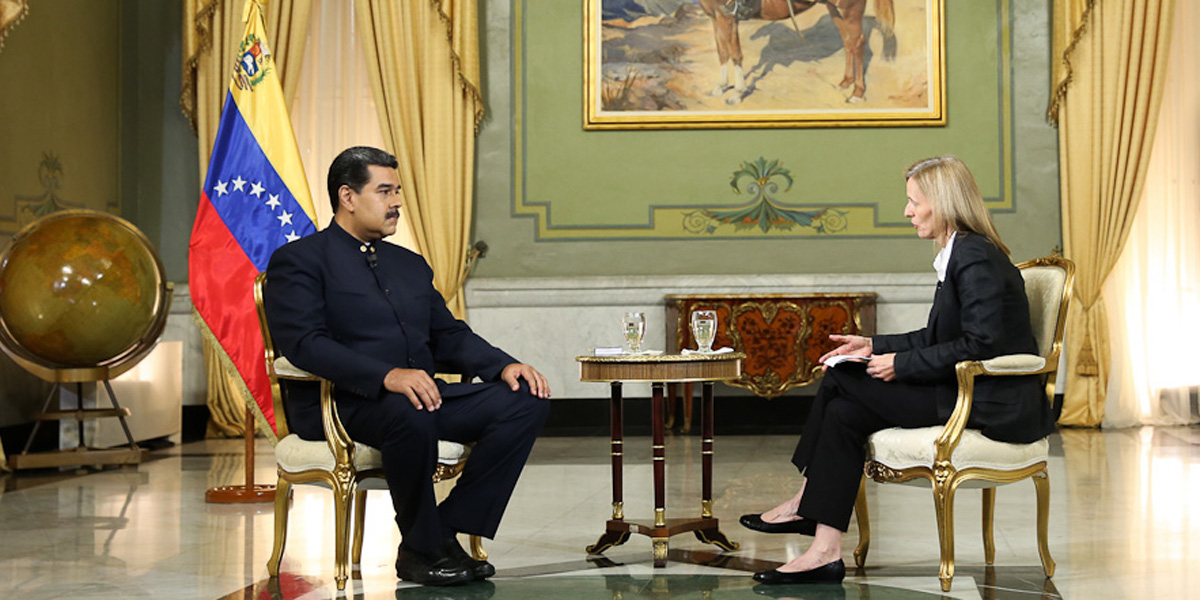 President Maduro: Trump’s extremist policy tries to impose a government that nobody choosed in Venezuela

“The extremists of the White House have proposed to impose a coup in Venezuela and we have rejected it”, said the constitutional president of the Bolivarian Republic of Venezuela, Nicolás Maduro Moros.

The head of state denounced that through this way the US try to impose a government that nobody choosed and recalled that according to the Venezuelan Constitution, sovereignty resides intransferiblemente in the people.

“Only through the popular vote can the President be elected in Venezuela. I would ask to the world, to Europe, to London, to the United Kingdom, if you are not letting yourself be led to failure by Donald Trump, in an extremist, illegal policy that violates the Charter of the United Nations, which has no basis in Venezuela and that has already failed”, said the National President during an interview with BBC News.

He stressed that Venezuela is a noble country, that it has the right to peace and urged to end the media campaign that seeks to destabilize the country.

“Venezuela does not want that, as a result of all that campaign that you direct one day, troops arrive to try to conquer our country. Venezuela wants respect and the lying to stop. They have positioned a communicational, diplomatic, warmongering policy to seize Venezuela. We, with the truth of our country are dismantling so much maneuver, so much lie that is repeated every day”.