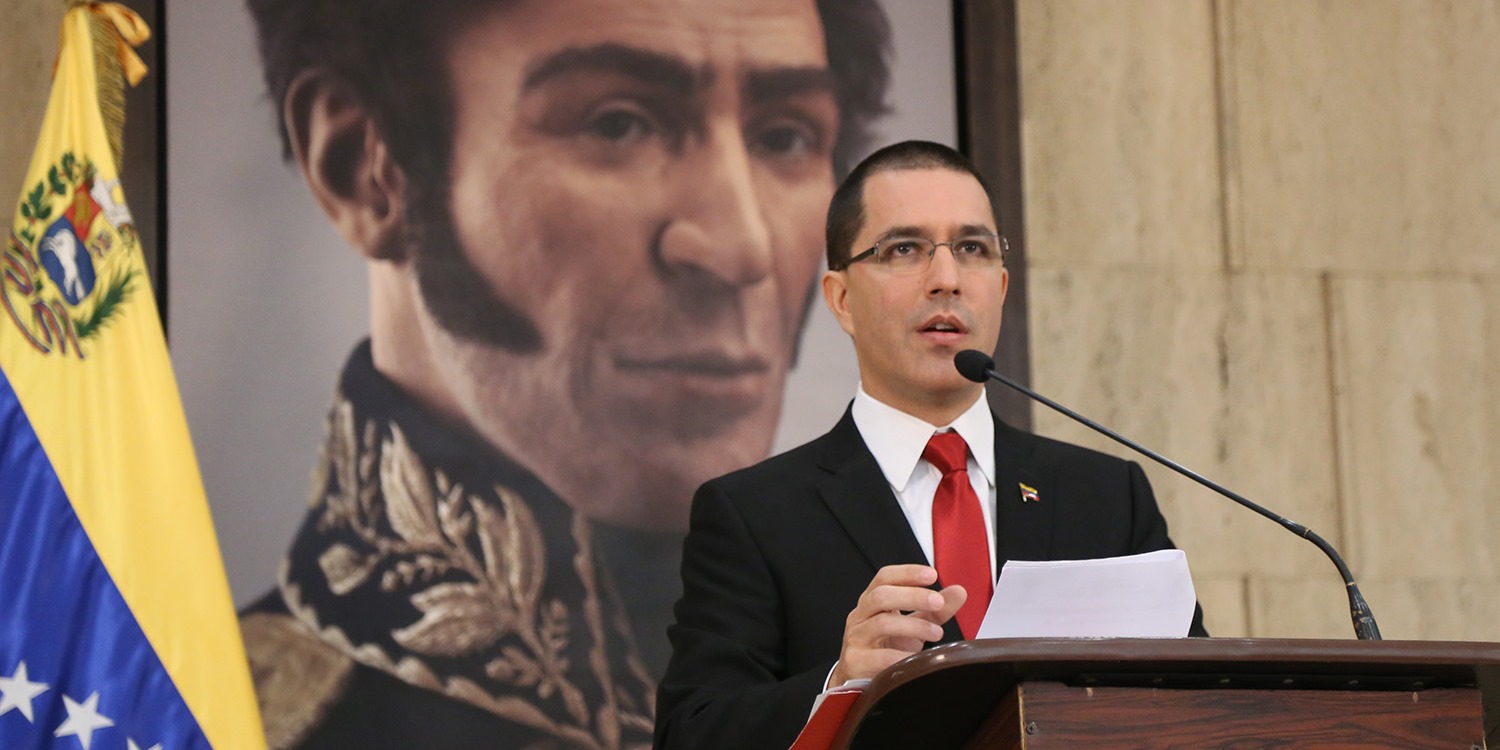 The Foreign Minister of the Bolivarian Republic of Venezuela, Jorge Arreaza, denounced again on Wednesday the intentions of the United States government to consummate a coup d’etat in the South American country, resulting in the overthrow of President Nicolás Maduro.

“Every statement, every tweet, every action of these spokesmen of the US government shows that they are at the forefront of the coup attempt and the conspiracy. They do not understand that our FANB (Bolivarian National Armed Forces), heir to the armies of Simón Bolívar, is essentially anti-imperialist”, the diplomat said through his Twitter account @jaarreaza, in response to the recent comment of the National Security Adviser to the White House, John Bolton.

In parallel, FM Arreaza denounced the complicity of the Colombian government with the coup plans of Washington.

“Mr. Iván Duque is making efforts so that his chiefs in Washington give him a good qualification in the development of the coup plan in Venezuela. Meanwhile, his popular support is so low, that his foreign minister and his Ambassador to the US already assume themselves as presidential candidates”, he added.