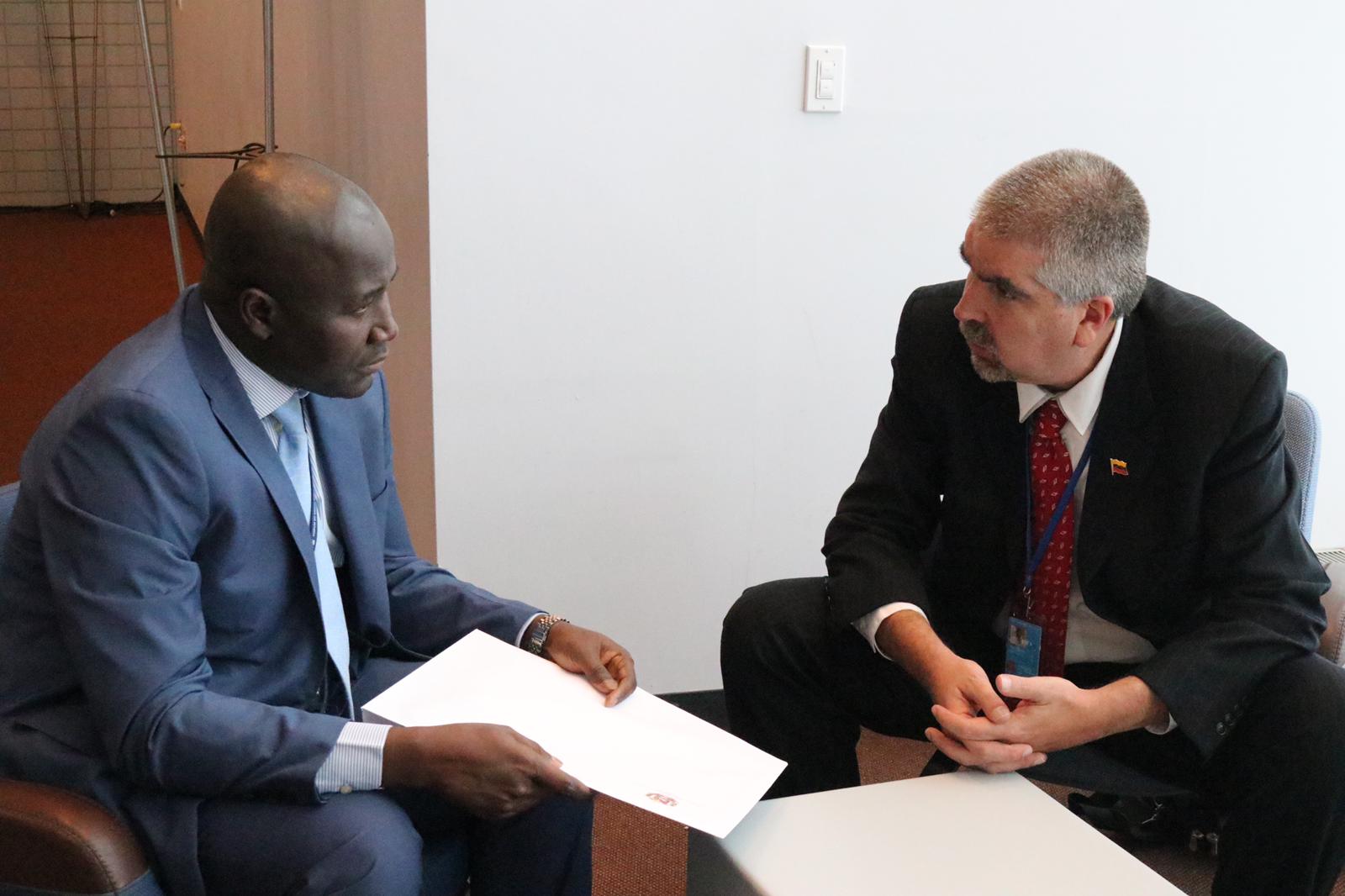 Framed in the work visit made by the People’s Power Minister for Foreign Relations of the Bolivarian Republic of Venezuela, Jorge Arreaza, to the United Nations (UN) in New York, the Vice-minister for Africa, Yuri Pimentel, held on Tuesday in the afternoon a meeting with the Ambassador of the Republic of Gambia Lang Yabou.

It is important to note that the Venezuelan Vice-minister of Foreign Relations has held several bilateral meetings with several representatives of the African continent.

In each of the meetings, the vice minister for Africa explained the real situation of Venezuela “in the face of the blockade that does not escape from being also for the media”. At the same time, he emphasized the importance of defending the principles of international law, especially that of non-interference and respect for the sovereignty of States.