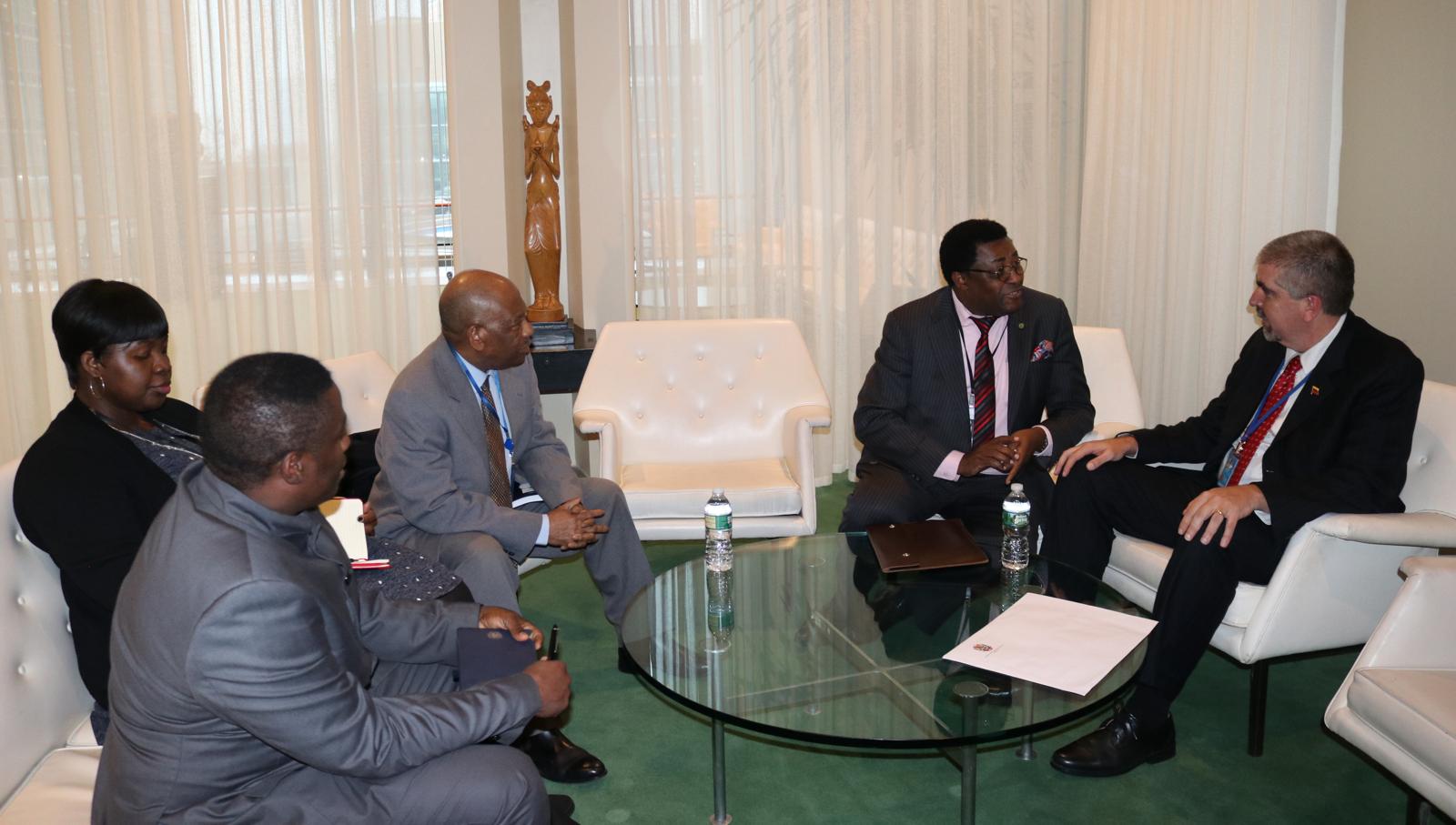 Vice-minister for Africa meets with Tanzanian Ambassador to the UN

The Vice-minister for Africa of the People’s Power Ministry for Foreign Relations, Yuri Pimentel, who is with the Foreign Minister of the Bolivarian Republic of Venezuela, Jorge Arreaza and other Venezuelan representatives in the United Nations (UN), in New York, held a meeting with the Ambassador of the United Republic of Tanzania, Modest Jonathan Mero.

During this meeting, Vice-minister Pimentel spoke about the international media campaign that looms against Venezuela, as well as the consequences of the economic blockade and the illegal unilateral coercive measures imposed by the United States on the South American country.

It should be noted that one of the topics addressed during the meeting was the analysis of the regional situation in the African and South American context.