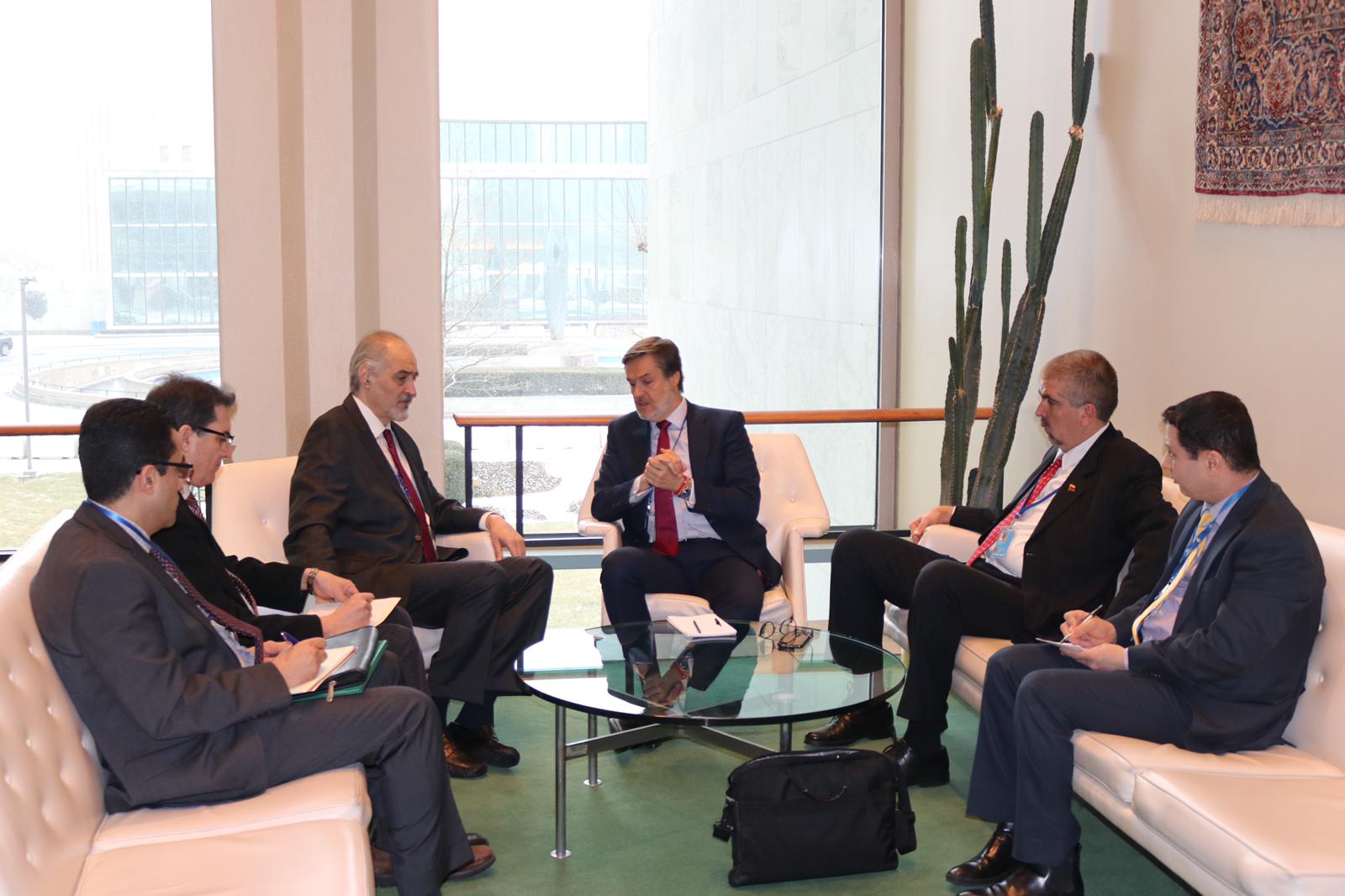 This Tuesday, as part of the work agenda held by the Foreign Minister of the Bolivarian Republic of Venezuela, Jorge Arreaza, in the United Nations Organization; Vice-minister for Multilateral Issues of the People’s Power Ministry for Foreign Relations, Felix Plasencia, held a bilateral meeting with the Ambassador of the Syrian Arab Republic, to the UN, Bashar Al Jafaari.

During the bilateral meeting, both diplomatic representatives reviewed the progress of the work agenda developed by Venezuela and Syria to deepen cooperation between sister nations, as well as expressed their desire to strengthen ties of friendship and solidarity.

In the framework of the swearing in acts of Constitutional President Nicolás Maduro Moros, on January 10, FM Jorge Arreaza held a working meeting with the Minister of State for the Affairs of Organizations and Federations of the Syrian Arab Republic, Salwa Abdulla, where they addressed topics of common interest in order to strengthen relations between the two brotherly peoples.