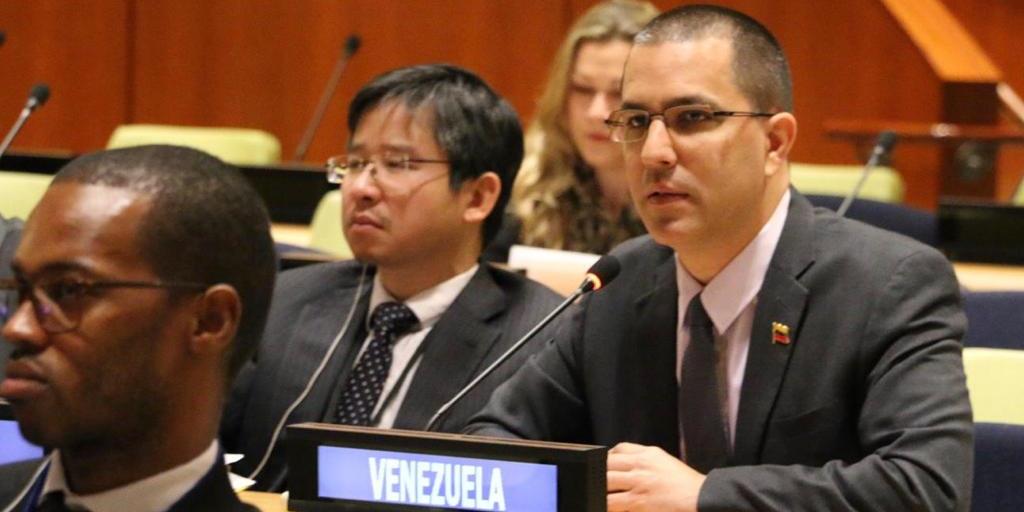 The Foreign Minister of the Bolivarian Republic of Venezuela, Jorge Arreaza, denounced on Tuesday before the Movement of Non-Aligned Countries (Mnoal) the aggression directed by the United States Government against the South American country, which flagrantly violates the most elementary principles of international law.

At an extraordinary meeting of the Mnoal in New York, the diplomat urged the body – whose presidency exercises Venezuela, to raise its voice in defense of the Bandung Principles and the purposes and principles of the Charter of the United Nations.

Similarly, he requested the support of the 120-nation bloc for peace and dialogue in the Bolivarian Republic, as well as initiatives such as the Montevideo Mechanism promoted by Uruguay, Mexico and the Caribbean Community (Caricom) in search of a peaceful solution to the current situation of the country.

In this context, the ambassador of the Syrian Arab Republic to the United Nations (UN), Bashar Al Jafaari, called on the Mnoal to speak out against the interventionist and warlike actions that endanger peace, security and international relations.

The Ambassador of the Republic of Nicaragua to the United Nations, Jaime Hermida Castillo, expressed his support and solidarity with the People and Government of Venezuela in the face of foreign interference.

For his part, the ambassador of the State of Palestine, Riyad H. Mansour, condemned the attacks against Venezuela and emphasized that both peoples are fighting for the same cause.

Foreign Minister Jorge Arreaza fulfills an important diplomatic agenda within the UN, where he met Monday with its Secretary General, António Guterres.