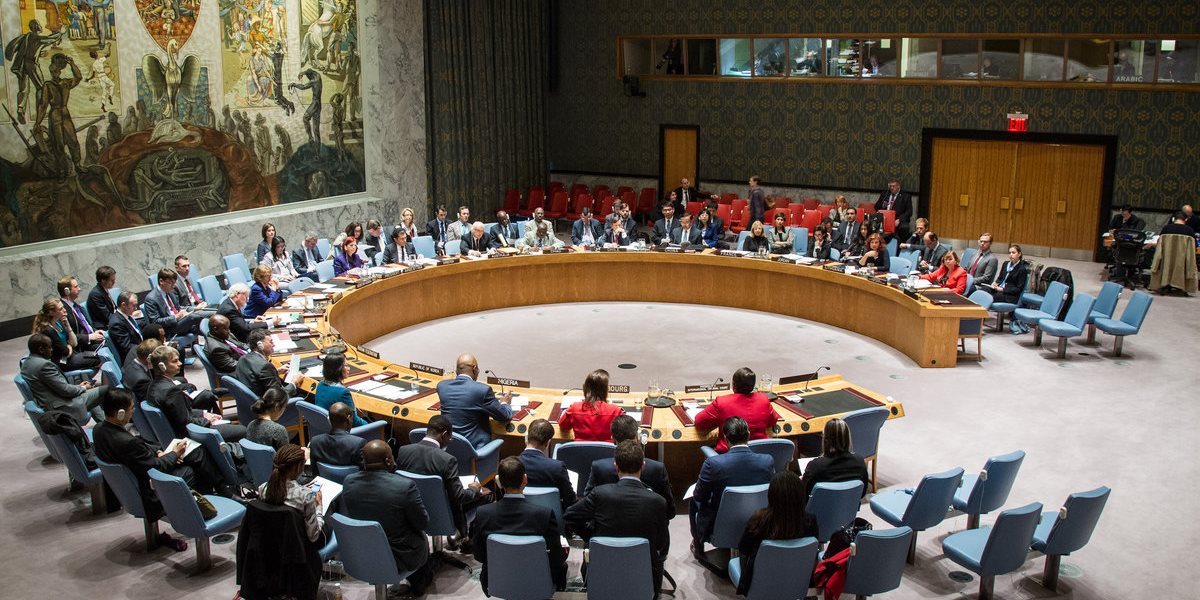 The Security Council of the United Nations (UN) will not approve the resolution proposed by the United States on the Bolivarian Republic of Venezuela given that it is aimed at covering the plans for military intervention in the South American country, said the Minister of Foreign Affairs of the Russian Federation, Sergey Lavrov.

“The US draft resolution seeks to cover up with the delivery of humanitarian aid the provocations that are being planned, as a means to destabilize the situation in Venezuela, and even obtain a pretext for direct military intervention. The Security Council will never make a decision of this kind, as you understand”, the Russian Foreign Minister said at a joint press conference with his Finnish counterpart.

In this framework, he emphasized that Russia has not contacted its American counterparts to discuss the issue, except for contacts within the United Nations Security Council.

“In the UN Security Council the US tried to push for a resolution that conceals its aggressive interventionist plans (…) The US representatives have lost all dignity for dictating to the Venezuelan opposition what to do”, he added.

On Monday, the director of the Latin American Department of the Ministry of Foreign Affairs of Russia, Alexander Schetinin, announced the intention of Moscow to present its own draft resolution that will help to solve the current situation in Venezuela, in parallel to the proposal of Washington.

At the end of January, the main organ of the United Nations – summoned to a session by the Secretary of State of the United States, Mike Pompeo – rejected the interventionist pretensions of the US government against the Bolivarian Republic of Venezuela.