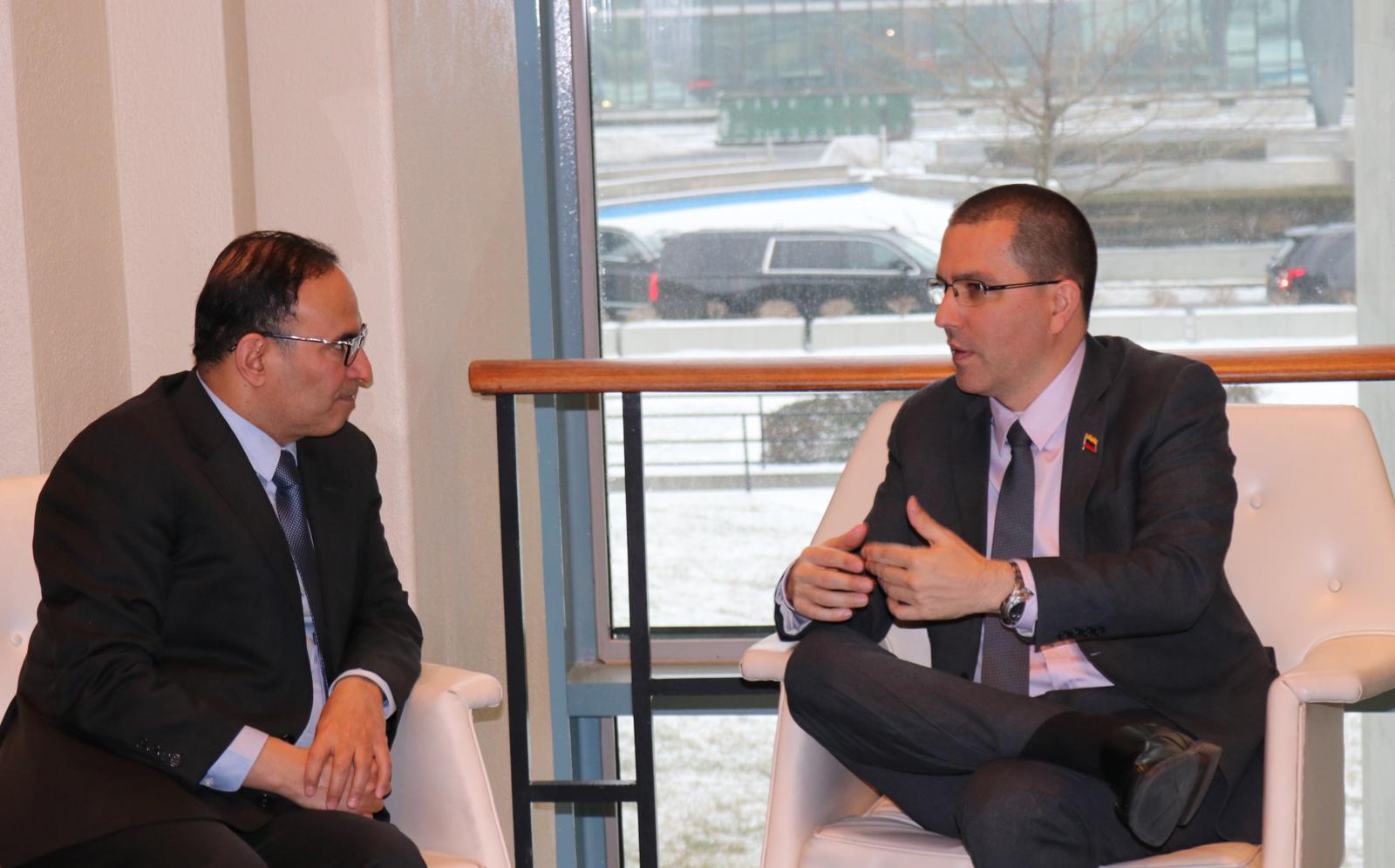 On Tuesday, the Foreign Minister of the Bolivarian Republic of Venezuela, Jorge Arreaza, held a bilateral meeting with Mansour Ayyad Sh. A. Alotaibi, Ambassador of the State of Kuwait, as part of the work agenda he holds at the United Nations (UN), in New York.

The Ambassador of the Bolivarian Republic of Venezuela to the United Nations, Samuel Moncada, was also present at the bilateral meeting.

The diplomatic representatives discussed the political situation in Venezuela, including the economic and political siege that the United States government is taking against the South American country. As well as the discrediting media campaign that aims to place the country in a crisis situation and justify in that way an alleged humanitarian aid with a bellicose background.

It should be noted that Foreign Minister Jorge Arreaza has an important diplomatic agenda within the UN, where he met on Monday with his Secretary General, António Guterres.