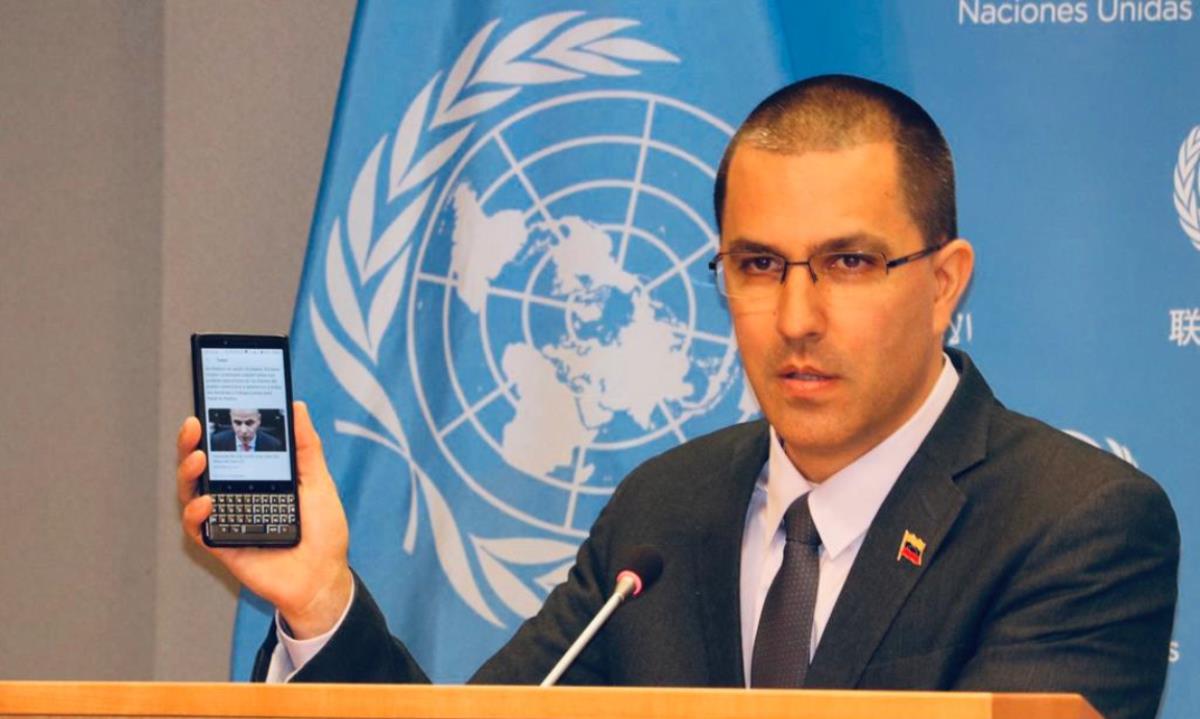 Foreign Minister Arreaza: We believe that it is time to strengthen the United Nations and multilateralism

During a press conference at the headquarters of the United Nations Organization (UN), in New York City, the Foreign Minister of the Bolivarian Republic of Venezuela, Jorge Arreaza, had the opportunity to denounce the interventionist actions that the government of the United States have directed against the Caribbean nation, as well as condemning the media show that the US has tried to implement through the supposed humanitarian aid it would give to Venezuela.

For his part, Foreign Minister Arreaza denounced that “the US assaulted the company Citgo, the Venezuelan oil company, violating the US corporate legal framework, because Citgo is also an American company that in turn belongs to Petróleos de Venezuela”.

In this regard, the Foreign Minister also pointed out that the economic blockade applied by the United States to the Homeland of Bolívar has been accentuated, since any friendly country of Venezuela that tries to pass this fence is the target of imperialist attacks and threats.

This is highlighted by the Venezuelan diplomat after referring to a tweet made by the White House Security Advisor, John Bolton, who threatens nations and companies that support the Bolivarian Government and President Nicolás Maduro.

Next, the Head of Foreign Ministry said, “Why does Venezuela want to deepen its cooperation relations with the UN? Why, two days after assuming his new term, President Nicolás Maduro met with the United Nations system in Caracas? We believe that it is time to strengthen the United Nations and multilateralism”.

For his part, the Venezuelan Foreign Minister emphasized that “any government that wants to help Venezuela must respect the Charter of the United Nations and the Venezuelan Constitution.”

He also regretted that the European Union and its high representatives, such as Federica Mogherini, have sided with the United States by recognizing “a self-proclaimed government in a square without any authority to validate it”, in this sense he called on the countries that make up the EU to reflect.

In relation to the spectacle that the United States has mounted through the supposed humanitarian aid that it intends to deliver in Venezuela, he expressed that “the media in Colombia have lent for this media show”, while affirming that “in Venezuela there is no humanitarian crisis, there is an economy besieged and blocked, now with the confiscation of Citgo, the costs of this blockade exceed 30 billion dollars”.

Minister Arreaza called on the media to be coherent and not to pay attention to the show, in which the International Red Cross has already said that it will not participate. So “are we going to be believing that a government that threatens the use of force, with a military invasion, and that asks other countries to block us, will really give us humanitarian aid? It would be the most absurd thing for someone to believe this”.

Also, Minister Arreaza brought up that it was “the Venezuelan opposition that made the country lose time from 2016 to 2017, the agreements were on the table, but this one refused to sign the Santo Domingo agreements. And all for what? To generate this scenario”.

Similarly, the Venezuelan diplomat stressed that he hopes that “the opposition will become independent from Washington, and we are waiting for the opposition to deign to sit down at the dialogue table for peace in their country”.

He also noted that “we are calling the opposition to dialogue because they are our compatriots and brothers. A mechanism has been created in Montevideo with great prudence and with neutral countries that are worried about Venezuela, let’s sit down with the Montevideo or Caracas Mechanisms, in this Constitution many things are possible”.

In this regard, the FM said that after the meeting with the Secretary General of the UN, António Guterres, he expressed that he is in favor of a mechanism of dialogue between both political forces of Venezuela and thus strengthen multilateral cooperation. 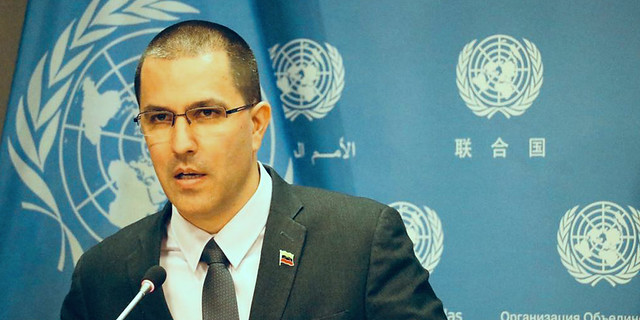