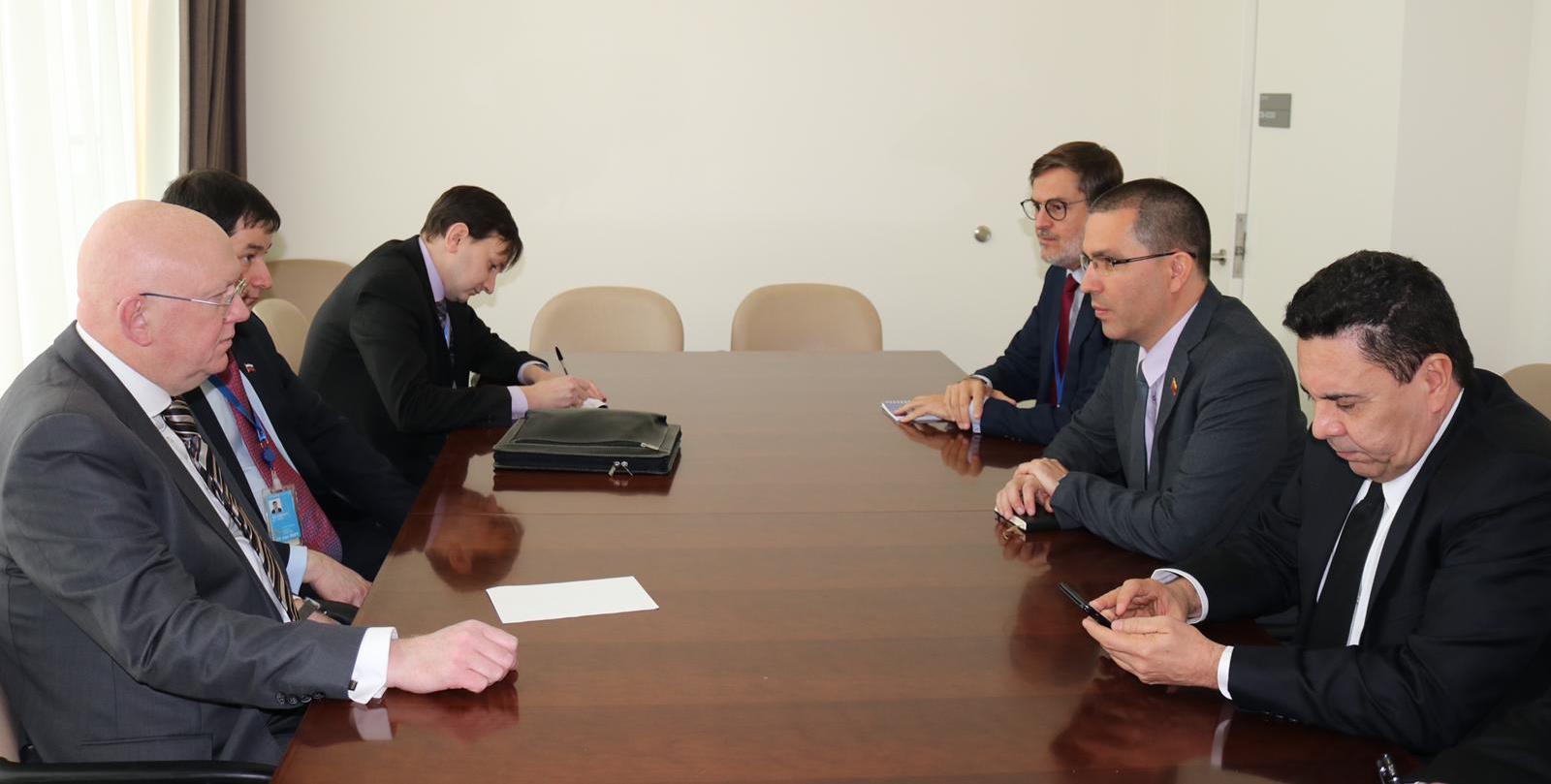 On Tuesday, the Foreign Minister of the Bolivarian Republic of Venezuela, Jorge Arreaza, held an important meeting with the Ambassador of the Russian Federation to the (UN), Vassily Nebenzia, in compliance with the work agenda he maintains during his visit to the Organization of the United Nations, in New York.

During the bilateral meeting, the Vice-minister for Multilateral Issues of the People’s Power Ministry for Foreign Relations, Felix Plasencia and the ambassador of the Bolivarian Republic of Venezuela to the UN, Samuel Moncada, were also present.

The Venezuelan diplomats denounced the constant threats and interventionist actions exercised by the US government against the Caribbean nation as well as the media campaigns developed by the international media to create a false opinion matrix about the political and economic reality of the country.

The Venezuelan Foreign Minister stressed that these measures are intended to create the conditions for the execution of a coup d’état.

On the other hand, the director of the Latin American Department of the Ministry of Foreign Affairs of Russia, Alexander Schetinin, announced on Monday the intention of Moscow to present its own draft resolution that will help to solve the current situation in Venezuela. 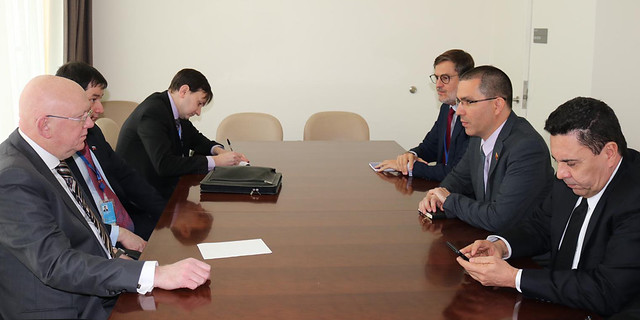