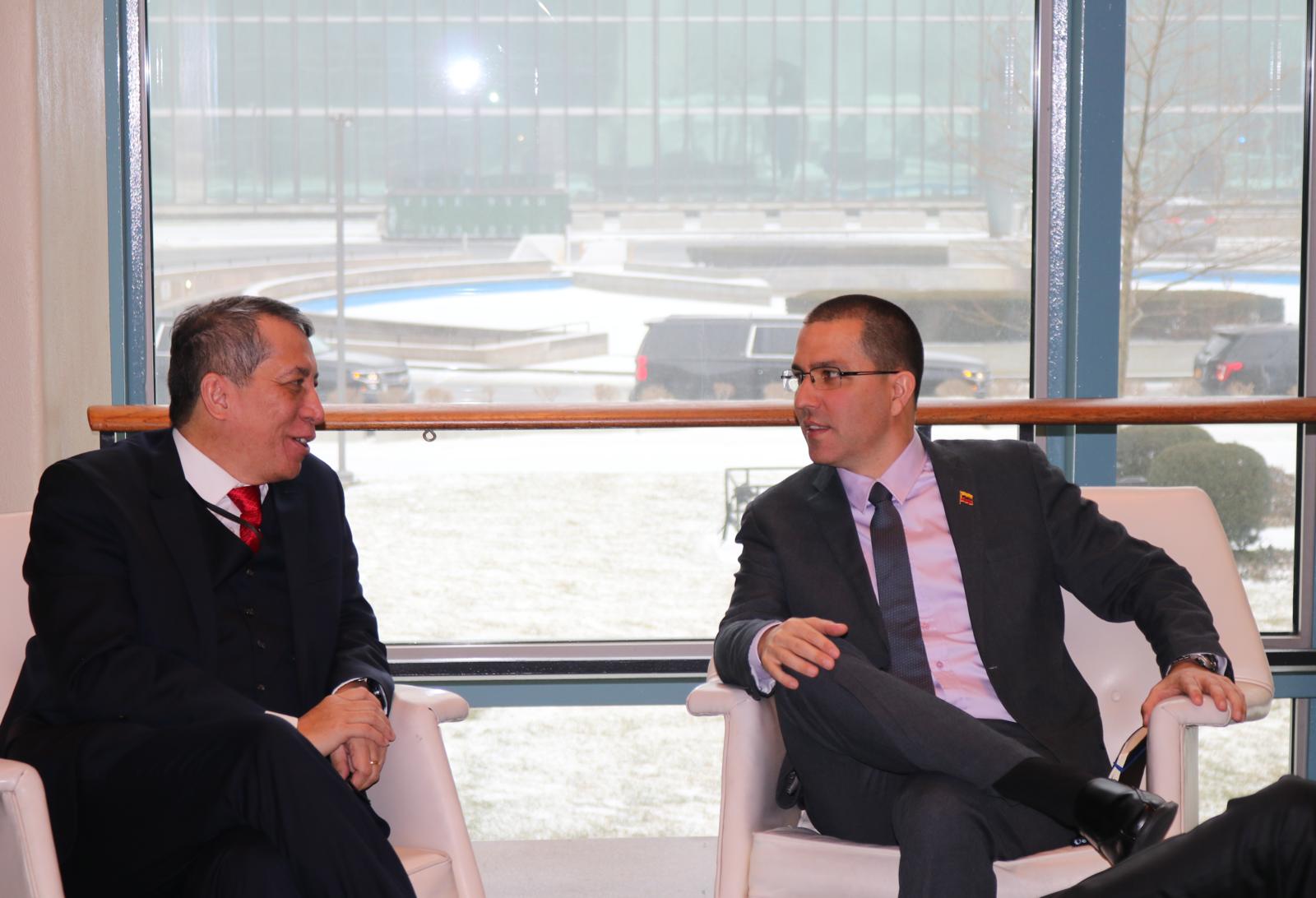 The Foreign Minister of the Bolivarian Republic of Venezuela, Jorge Arreaza, held a bilateral meeting with the Ambassador of the Republic of Indonesia to the United Nations Organization, Dian Triansyah Djani, as part of the work agenda he maintains at the UN, in New York.

During the bilateral meeting, the diplomats discussed the political situation in Venezuela, including the economic blockade that the United States government is carrying out against the South American country.

The Venezuelan FM took the opportunity to denounce the interventionist actions of the United States government against the Caribbean country, as well as the media farce that aims to place Venezuela in a crisis situation and thus implement an alleged humanitarian aid with a warmongering background.

Last December 2018, the Vice-minister for Asia, the Middle East and Oceania, of the People’s Power Ministry for Foreign Relations, Rubén Darío Molina, held a diplomatic meeting with the Minister of Foreign Relations of the Asian nation, Retno Marsudi, on the occasion of the 11th Bali Democracy Forum.