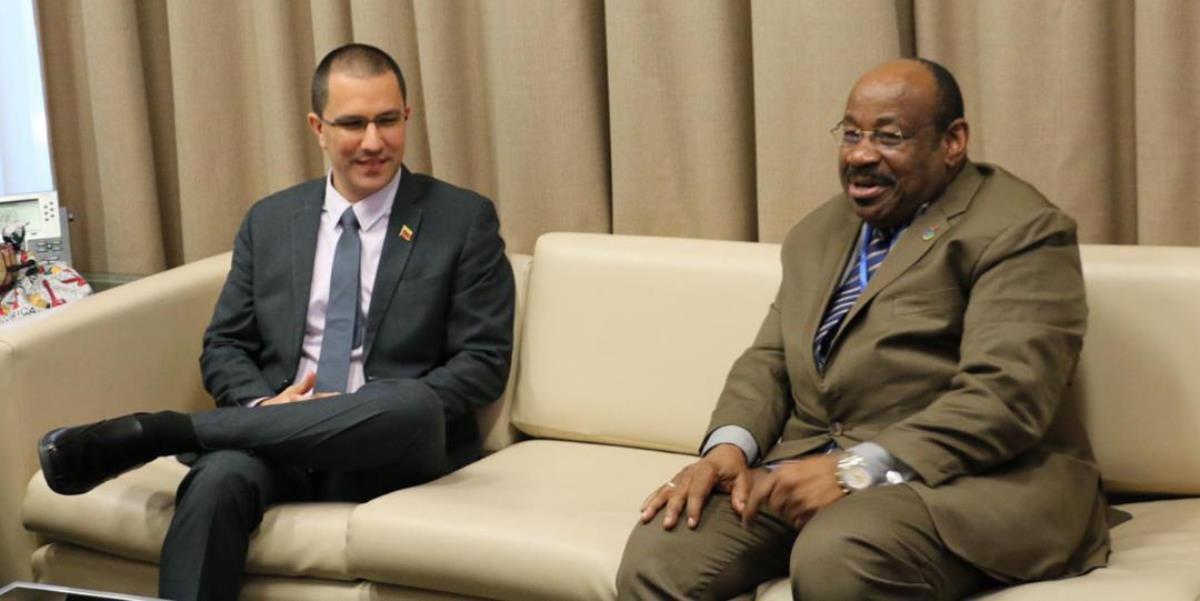 On Tuesday, the Foreign Minister of the Bolivarian Republic of Venezuela, Jorge Arreaza, held a bilateral meeting with the President of the Security Council and Ambassador of the Republic of Equatorial Guinea to the UN, Anatolio Ndong Mba.

As part of the work agenda held by the Venezuelan Diplomat in the United Nations (UN) in New York, under the principle of non-intervention and the right to self-determination of peoples as established in the Charter of Nations United.

It should be noted that both Venezuela and Equatorial Guinea maintain close diplomatic relations within the framework of South-South cooperation.

He emphasizes that on Monday, a delegation belonging to the Ombudsman of Venezuela, left for the Republic of Equatorial Guinea, in order to provide training workshops for officials of the Ombudsman of the African country.